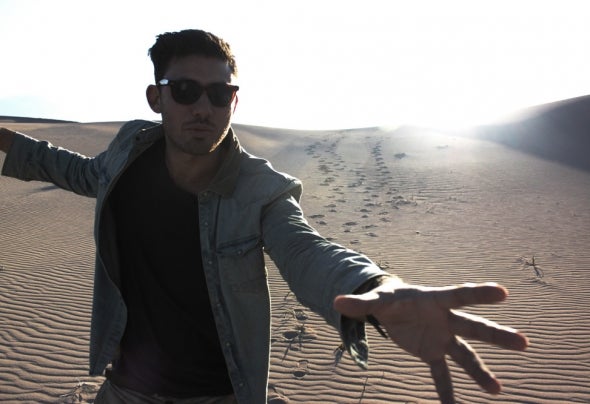 Alexis Raphael is one of dance music’s true aficionados. His tireless work resonates beyond the dancefloor and seeds itself into the underground itself. His forward thinking philosophy on club music has helped break down the barriers in what had become a stagnant London scene and paved the way for the more eclectic house and techno sound that has rejuvenated the capital. His work now influences the very underground scene that helped mould his own personality in his teens, signalling a cylindrical involvement within the scene he loves above all else.A classically trained pianist, Alexis quickly immersed himself in underground electronica whilst growing up in north London. Immediately seduced by the energy and excitement of acid house he indulged himself in a world of music that has gripped him ever since. First he became a pirate radio DJ, going on to work at several stations before enrolling onto a sound and music production course and eventually making it as a successful London DJ and promoter.His first flurry of productions won Alexis acclaim for both his individuality and ability to infuse a club aesthetic with funk and soul. His debut release ‘Spaceship’ spawned an after-party classic and was picked up by Jamie Jones and Lee Foss’ Hot Waves imprint, flying straight into Beatport’s top ten. His follow-up, ‘Kitchens & Bedrooms’ provided burgeoning London label Lower East with a bona fide summer anthem, injecting soul onto dancefloors around the globe. ‘Under the Radar’ for Mexican imprint Neim, and a remix for indie rockers The Starlings only cemented Alexis’ lofty reputation in the studio. 2012 looks set to be another big year for Alexis production-wise with EP’s set to drop on Hot Creations in April and Lower East again in June.Behinds the decks Alexis is an accomplished DJ who has a profound understanding of the dancefloor and his crowd dancing on it. Highly knowledgeable and versatile, he adapts his sets to each of his surroundings whether it’s a day party in the sunshine or a dark warehouse space in East London. His far- reaching sound pushes a futuristic ethos that also embraces the past, allowing him to play anything from funk, disco, techno, 80s and house. His sets are always fresh, often with a raw edge and plenty of personality; a perfect reflection of the man himself. Alexis’ own party Crèche, which he runs alongside Cozzy D, has emerged as one of London’s biggest parties since launching in 2010. Originally an intimate party for friends to enjoy a wider range of musical styles than was on offer in the capital at the time, the event has grown exponentially, at the same time cultivating a more open minded attitude within the scene as a whole. Summer parties in Ibiza and The Big One series of parties in London with guests including Jamie Jones, Kerri Chandler, Dyed Soundorom, Damian Lazarus, Maya Jane Coles and Shonky have helped Crèche to become one of the most established and well respected events in London.A dedicated ambassador for electronic music in London, Alexis Raphael is now spreading his music around the world. Not only that but he is also helping to change attitudes and perceptions as he goes, pushing new approaches and seeding new ideas to help dance music evolve from the ground up at the same time. The fact that he has an amazing time whilst doing it is simply the icing on the cake!