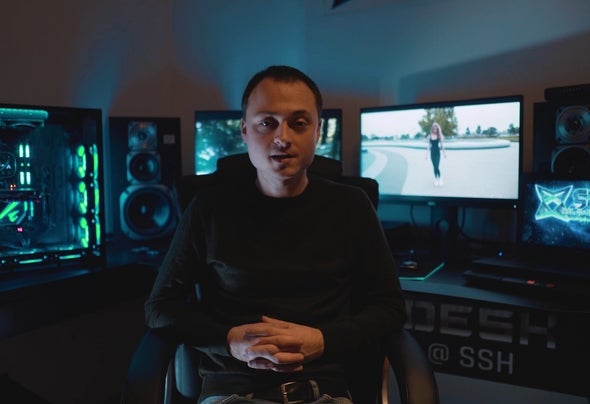 MikeWave, Michal Krzysztof Soltysik to his friends, has garnered critical acclaim with his productions that were supported by some of the biggest names in the EDM world. The "Come Try This" single by MikeWave was supported by Hardwell, Blasterjaxx, VINAI, Bassjackers, The Chainsmokers, Yves V, Felguk, Lucky Date, Merk & Kremont, FTampa, Danny Howard (BBC Radio 1 and SiriusXM), DJ Bl3nd, Mike Louth (di.fm) and others. The "Lost In Time" remix by MikeWave was supported by Don Diablo, Blasterjaxx, FTampa, Juicy M and others. The "Voices" single by MikeWave and Alex Byrne was supported by Bassjackers, Yves V, Tom Swoon, Tommy Trash, FTampa and others. The "Bounce Maker" single by MikeWave and Alexander Forest was supported by Tiesto, Ummet Ozcan, Blasterjaxx, Timmy Trumpet and others. The track was also holding #11 in the "Electro House Top 100" chart at Beatport. The "Collapse" single by MikeWave and Dropfire was supported by Ummet Ozcan, FTampa and others. The track was also broadcasted on 4fun Dance / 4FUN.TV His sonic adventure began when he started buying tracks on Beatport to play at club events. Over the next two years Mike's musical journey would undergo some amazing and incredible changes. From DJ to music producer and most significantly, founder, owner and manager of record label "Sick Slaughterhouse". Mike's passion for music and savvy business sense has helped make SSH one of the leading Electro House labels in the game. By running the label, Mike started working with artists he had come to admire over the years. If being a DJ, producer and label owner wasn't enough, Mike also manages, or was managing, very successful artists that include Darth & Vader, Tim3bomb, Toxxic, Fast Foot and Rabbit Killer under the Sick Slaughterhouse Artist Management. MikeWave is a multi-faceted force to be reckoned with and a name you will keep hearing for some time to come!