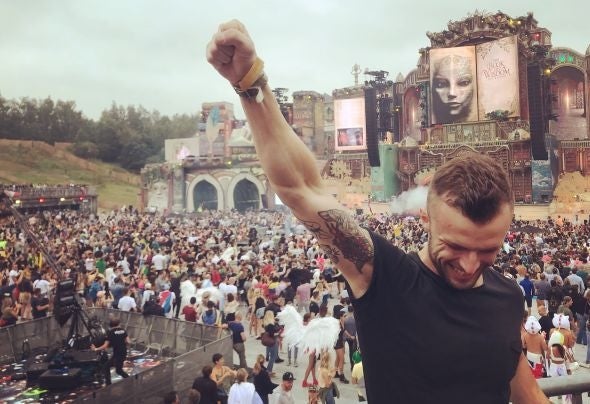 Kapstick was born in Rome in 1992. In 2019 he started releasing music on international labels: he entered the Big Room Top 100 Chart on Beatport with 3 different tracks, reaching his higher position with the single “Scream Your Love”, charted 17/100. So far he is been supported and officially playlisted on Spotify by some of the best producers in the scene, such as Maurice West, Dimitri Vegas & Like Mike, MaRLo, Nicky Romero, Axwell, Ørjan Nilsen, Brooks, Showtek, HBz and many more. He is emerging very quickly in the underground scene and is growing is fan base also thanks to his recent Festival Mix of the epic classics “Think About The Way” by Ice MC and "Sweet Dreams" by Eurythmics. Kapstick is on his way to signing and releasing with some of the biggest labels in the industry. He plans to make an impact with his sound in the EDM scene and dream to tour the world while having shows for his fans.