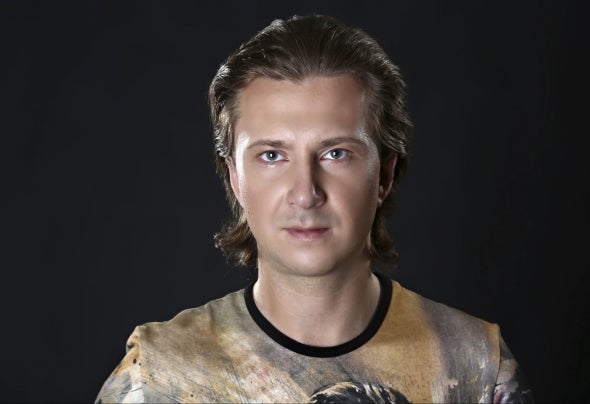 Johnny Beast (Eugeny Semyonov) was born in August 1983. Has grown in a good family, has received correct music education. The career of the musician has begun with it. For the first time it has tried the forces in a music writing in 14 years when has started to experiment and study computer program Impulse Tracker. With the advent of following generation of programs, musical creativity has carried away young Eugene on 100%. A year later, it has collected own studio, and has in parallel mastered programs Fruity Loops/Cubase, has won back the first DJ-set. In 1999 continued to comprehend subtleties of creation of electronic compositions in style Pumpin ' House, Hard House and Progressive Trance. In 2002 Eugene as the musician, and the taken place composer, has got over to Chelyabinsk where played the closed parties. And already in the beginning of year has sharply changed a direction of the musical creativity on House and Electrohouse. Besides the creative career, Eugeny has created 2 musical projects: - POSTORONNIM_V (together with MC Winnie The Pooh) & ERIDA (together with opera singer Erida). Results of activity did not keep itself waiting long. 2004-2005 г Eugeny became the resident in elite night club "CYСLONE" 2005-2006г.: resident in club "KONTACT" In December 2005г. Johnny Beast has written down "Angels" new track together with the Moscow project Re-Act-Ion, in style already habitual for it – progressive/electro house, without suspecting, what successful it becomes, and that the given product soon becomes a hyperhit of all Ural Mountains. 2006г. Resident in the new night club "UNO", become top club only for one season, in many respects thanks to the unique atmosphere created by DJs of the project. Acquaintance and cooperation with project Utmost DJs has outgrown in joint development and advancement of own music in weights: Utmost Djs – Generation (Johnny Beast Rmx) Johnny Beast – House Party (Utmost Djs Rmx), Creative career goes on launch after Johnny Beast has trebled capacity of release Utmost Djs - “Euphoria”, the 2 remixes; Further Johnny Beast the electro-insurgent “I'm Waitng For You” which it is lightning, in a current of week has let out, has got on ten western radio stations, having caused rough positive responses of the European musicians. Evgenie has signed the contract with the Italian label STRANAMENTE MUSIC. In the summer of 2006 three versions of a remix on a track of the project “Rubikon” under the name “Why Keep On” were published - successful cooperation with label SUBSTREAM RECORDS and, accordingly, has from this point on begun the soloist “Rubikon” – Tiff Lacey, known for the vocal in tracks of many celebrities such as Paul Oakenfold, etc. 2007г. Evgeny became one of winners of competition of remixes on “R-Tem and Ben Lost – Green and Red” label Snoochi Boochi and Promodj.ru, Within the limits of competition has been presented more than 170 remixes! Since winter 2006, and at present. Johnny Beast is the resident of the best club of Ural Mountains “Setka”. Here he plays, and adopts experience at such known musical projects and DJs as: Wonderland Avenue, Mike Monday, Steve Murano, Warp Brothers (D.O.N.S.), Niels Van Gogh, Global DJ's, Sven Weber, Hi_Tack (Klubbheads), Joseph Armani, Dj Katrin Vesna, Dj Kolya, Lebedev TV, Dj Tito, Dj Roman Polak and Natasha Milaya, Utmost Djs, Dj Lennox a.k.a Relanium, Dj Tsvetkoff, DJ Michel Quazar, DJ Andrey Vakulenko, etc. At present co-operates with musicians: Re-Zone, DJ Marbrax, Lissat & Voltaxx, Tesla, Billione, Discoscience,Tiff Lacey, Hakan Ludvigson, Utmost DJs, Kimen, DJ Sergeev, Relanium, DJ X-Venom, Infinity, P.O.L.A.K.I., Christian Paduraru and others... DJ Johnny Beast's set can be described as an explosive, vigorous mix from such styles as: dutch house, progressive house electrohouse, tech-house, techno, nevertheless without transforming it into porridge. It easily gets any dancing, finding common language with the most various audience.