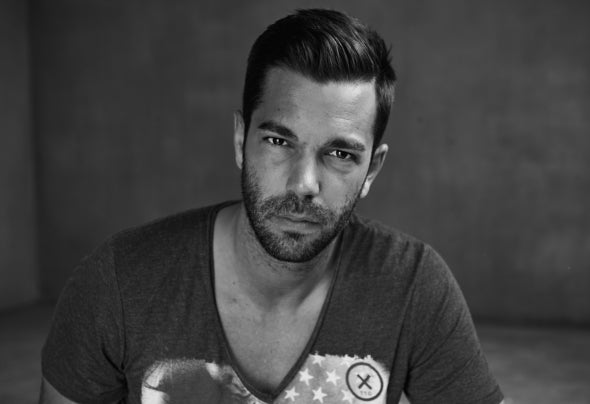 Passionate about music since his childhood, the story of Djerem as we know it began to take shape in 2006 when he purchased his first decks. He went on to develop his own musical style which earned him a residency at the prestigious D! club in Lausanne, Switzerland. Very quickly, Djerem's unique style left its mark on Switzerland's dance scene - hitting the bigest clubs and festivals since. In 2008 Djerem is crowned best "New Talent" of the "I Love Deejay" competition, ahead of no less than 220 competitors! He very soon started producing his own tunes and his podcast "Djerem" propelled him to the top of the swiss charts with over 100'000 downloads! Always at the cutting-edge, Djerem opened his own DJing and music production school in 2010, keen to pass on his know-how to the next generation of DJs & producers. Success was soon to come. At the tender age of 23, Djerem visited both Miami's Winter Music Conference & Amsterdam's Dance Event as a deleguate. During this period he remixed Fred Lilla's "Sunsation" which would later be signed to Yves Larock's label 'Millia Records' before reaching #13 on the Beatport charts. May 2011 would see Djerem move to the next level by joining the Aprod team and becoming resident DJ of the legendary Mad Club in Lausanne, Switzerland. On the production side of things the success continues with a firt place earned at a remix contest organised by Yves Larock. By the end of the year Djerem signs his single 'The Good Things' in collaboration with Axwell's singer 'Max C'. With over 400 nights under his belt in Switzerland, France, Italy, Greece and Turkey needless to say that Djerem's future is looking bright!