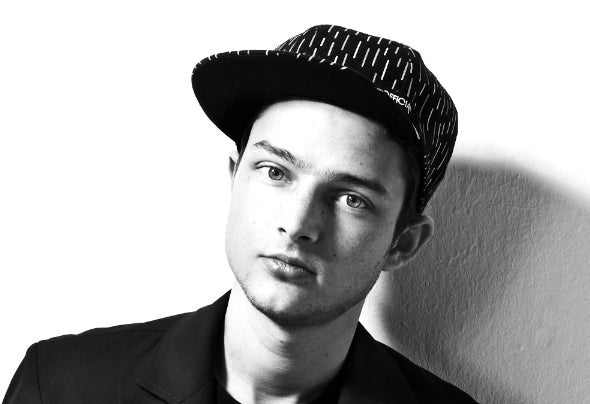 Rafik savoured a high class musical education as a young child due to the influence of his parents, who are both classical musicians.At the tender age of 3 he played cello and piano, from his 6th year of age he learned how to work a drum-kit.On top of clearly knowing their way around a pair of turntables, 2007 followed with releases thick and fast; the classic simplicity of their gritty underground sound, assembled into increasingly energetic tracks made Livio and Roby one of the most visible names of the deep house resurgence.Rafik’s fascination for modern and electronic music - as well as the forbidden fruit of his parent’s hi-fi turntable - set the course for his DJ career.At the age of 13 he performed at Duesseldorf’s legendary Unique Club alongside Eric D. Clark. His desire to actively manipulate the music as a DJ finally formed his interest for turntablism.A few years later, after making an impressive debut to the scenery of German DJ-Battles, Rafik joined forces with Kid Fresh, Rasgunyado and J-Bounce – a team that was truly going to write history.At the ITF-World Championships the crew known as “Lordz Of Fitness” won the first title for Germany since David Fascher (1991).Rafik started to win world titles left, right and center. Besides successfully defending the ITF team title with the “Lordz Of Fitness”, he won himself three more world titles in solo categories. Besides his activities as a battle DJ, Rafik performed weekly at Duesseldorf’s Unique Club where he also accompanied the revolutionary jazz project “Turntable Jazz” and shared the stage with Hip Hop’s hall of fame.In 2007 Rafik raised a monument for himself. Young chap from Duesseldorf stood up to 27 national champions from all over the world and finally took DMC World Championship in London’s O2 Arena. With this title of titles, Rafik emerged into the league of international DJ heavyweights like Q-Bert, Cash Money, Craze or A-Trak. Not to mention that packing 6 world titles means a new record to the history of world DJ- champions hips .Beside his insane skills as a battle DJ Rafik also stands for a unique club sound – an eclectic mix of electronic music, breakbeat, hip hop and rock. It’s not easy to categorize and pigeonhole his style - but at the same time Rafik never leaves his crowd out of sight and knows how to rock every party with his unique style and skills.You’ll find DJ Rafik travelling around the globe – from Europe to the US, from the UAE to China, Japan to Australia, sharing stages with acts like Roni Size, Craze, The Roots, DJ Premier, Guilty Simpson, Q-Bert etc.Now the year is 2009 and Rafik has his first official remixes and productions in the pipeline. The technical finesse of a 6-times world champion combined with the musical understanding of a true musician without bounds – this is DJ Rafik.