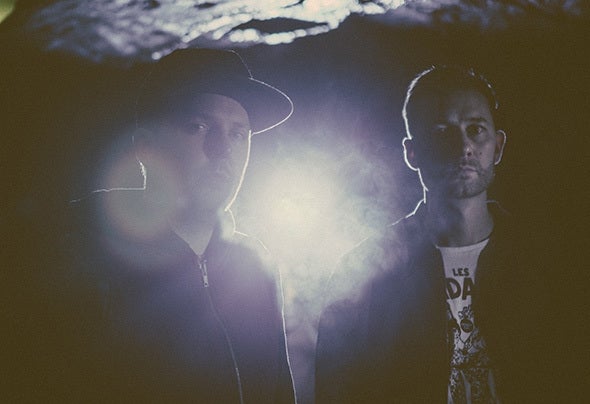 Though they have only been collaborating for 18 months, this duo’s output has already reached critical impact. Introducing: Diskord, the bass game’s freshest new collective. The boys already have an impressive array of triumphs under their belts from their successful solo careers, and now they’re combining their experience to take bass music to the next level.Brought up in families with diverse musical tastes, Ed and James, now based in Bristol, both developed their passion for music through the traditional route of learning instruments at school including drums, piano and trumpet. That soon led to playing in bands, writing songs and eventually producing their own tracks.When sneaking their way into raves while still under age, the two had their minds blown by what they saw and heard, and realised the potential that dance music held. Embracing that potential, they followed their chosen career path and played at every electronic music event that matters across Europe, Australia and New Zealand plus graced the hallowed Glastonbury Festival stages. Fast forward to the present and one drunken night in Bristol, a chance meeting led to the birth of DISKORD. They’ve already been featured on Never Say Die and UKF’s mammoth Volume 3 compilation, and that’s just the shape of things to come.Alongside support from home label founder, Flux Pavillion, the duo have received acclaim for their sound from key industry influencers Antiserum, Adventure Club, Krewella, Datsik, Skism (who also gave them their first proper release on Never Say Die label) and dance music ‘rookie MVP’, DJ Brillz.The distinctive sound they have created is driven by a blend of strong melodies and unmistakable hooks with trap 808s, unique drum work and gritty neurofunk reese basses. Diskord’s addictive high-energy style stands out from the crowd, and will satisfy even the most hardened bass junkie.