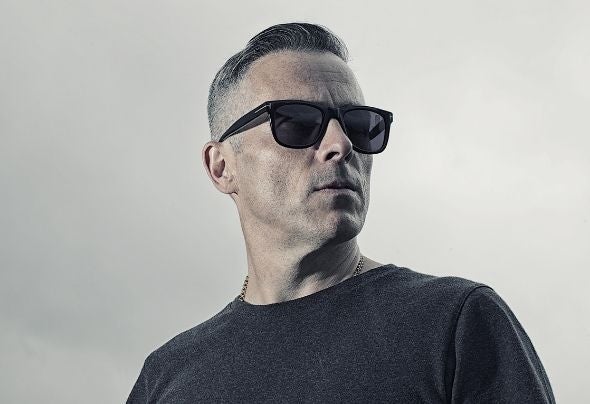 DJ Zinc is probably best known for the virtually undisputed 1995 anthem "Super Sharp Shooter," a fierce, energetic hip-hop/jungle fusion that by year's end had become the very definition of a rinsed-out track. Zinc's career as a DJ and producer, however, stretch quite a ways further back, sketching the steady evolution of hardcore from its house and rave roots through ragga and hip-hop-styled hardstep and beyond. He's worked with a broad range of labels, both respected and virtually unknown (including Back 2 Basics, Congo Natty, Droppin' Science, 2000AD, Brain, and, of course, Ganja), done time on the pirate radio circuit, and DJed as a resident at some of London's most popular underground clubs. Zinc's first production work came in the form of the eight-volume series Swift and Zinc, released on Dream Team/Joker Records' Bizzy B's Brain imprint in the early '90s. The collaboration came to an end in 1994 when DJ Swift decided to focus on garage and house (the two still share studio space). Remarkably, "Super Sharp Shooter" became Zinc's solo debut, and he's since released a number of popular tracks, although none have scaled the heights of his first. He currently records with DJ Hype, Pascal, and Rude Bwoy Monty as part of the Ganja Kru (for MCA sublabel Parousia), as well as for Hype's True Playaz label (as DJ Zinc and Dope Skillz).