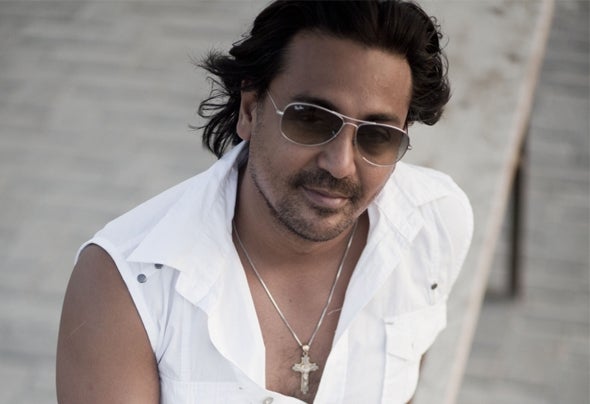 Born & bred in the Middle East, Damian D’Costa is 1 of the few DJs in the region who has worked all his life towards his ultimate goals of DJing internationally & opening up his own clubs & bars. 20 years on & not holding back, Damian’s career goes way back to the 80’s where he started off as a turntabilist & progressed through the years witnessing the birth of House music which makes him understand the genre better than many of today’s DJs. During university, the early 90s, saw Damian hold a 4 year residency in a major club in Limassol, Cyprus & on returning to his hometown Bahrain he decided to use his marketing degrees to promote the nightlife in the region & soon began to organize his very own parties & events & has put together some of the islands best beach, fashion & Underground parties including Xposure 2004, Parasoul , the famous Full moon party & 2 FTV parties. Damian as a DJ has held residencies at some of the island's most famous clubs such as BJs, Likwid & Savage garden & has also hosted his own 5 day a week radio show on the national radio station, 96.5fm for 4 years where he promoted most genres of House music educating the masses bringing the international club culture to the shores of the Arabian Gulf. In 2004 & 2006, Damian swooped 1st place at the world famous Heineken thirst studio competition & represented Bahrain for the regional finals. Through the years of his residencies, he has played alongside numerous International DJs (full list below)& has landed gigs in major clubs & events around the world including Slovenia, Poland, Dubai’s Trilogy, Ibiza’s El- Divino, Bora Bora & Space & London’s ‘The Gallery’ at the Ministry of Sound & Tresor in Berlin. Over the past few years Damian has managed to design, develop & open his very own venue, Cocoon Lounge which had a successful 5 year run which proudly hosted International DJs & artists on a weekly basis & he has more recently partnered in opening an up-market restaurant/Lounge, MUJU restaurant & lounge (www.mujuamwaj.com) on a brand new man-made island called Amwaj islands where he hosts several of the world’s best chill out & house DJs & he has just signed up with the world famous Café Del Mar & Pacha, Ibiza hosting their parties through his very own events company, Eventions (www.eventionsbahrain.com) . Both venues have been the evolution of the region’s nightlife & have been internationally recognized. Mid 2013 Damian decided to get more into the underground after-hours scene & invested himself in opening up one of the islands only after-hours clubs, ‘BlaqVelvet Underground’ which attracts only the serious House Music Lovers who gather to experience quality deep groovy underground music & it being the only club on the island that exposes such upfront music, it has become one of the most talked about venues.On the music front, Damian landed himself on the official roster for Salvacion, Ibiza Republik since 2009, which has a residency at the super club Space, Ibiza & in 2011, he has been signed up as a resident DJ for the official Bora Bora Ibiza World Tour roster. He has played at branded international gigs in Amsterdam, Italy, London & Ibiza of course! He has also set up his very own electronic music studio in Bahrain where his style of groovy percussive tech house productions have been recently released on his very own label , Casa D’Costa which is now out on Beatport , Juno Download, Traxsource, Itunes & Amazon Music & in the summer of 2011, hosted his official label launch party at Delano Beach Club, Ibiza. The brand new label will also feature tracks from some of the best underground House artists & remixes from the big