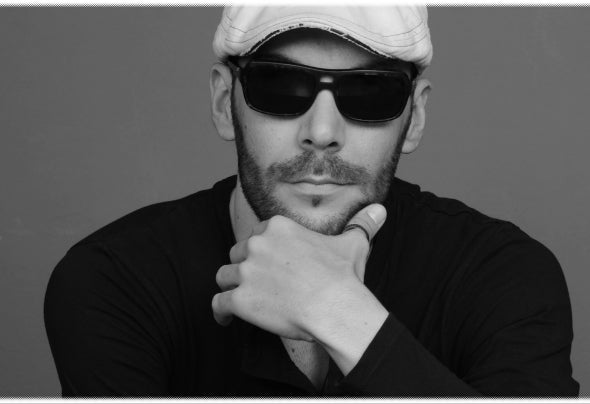 Jey Indahouse from Valencia settled in Ibiza in 2011. He grew up with classical music as a child, and as a teenager he studied music theory for electronic music and music production software, and here is where the story started.....Jey has a 20 years career since 1998, as a DJ and Live percussionist, mainly in Valencia and Ibiza and the rest of Spain, but he also performed in many different countries (UK, Switzerland, Bahrain, Mexico, etc ...)He is a music producer doing many different styles, from Soulful House, Nu Disco, Funky House, Deep House, Tech House, Tribal to Techno with labels from around the World... and always surprises his audience as an artist with many musical facets.He is also director and producer of the radio show HOUSELAND, that is broadcasted around the world (Ibiza,Italy, Bahrain, Los Angeles, Mexico, etc ..) and owner of two more concepts, Back 2 love of House Music, and Boogie Bloom, with the most organic sounds to dance.In Ibiza, Jey Indahouse has performed as a DJ and / or Electronic Percussionist (separately or simultaneously ) at Pacha, Privilege, Space, Eden, Es Paradis, Sankeys, Hotel Pacha, Bora Bora, Bora Bora World Tour, Moma, and lot of beach clubs and five star hotels.You can learn more about his passion, his music and how to book this multi- talented artist at www.jeyindahouse.com