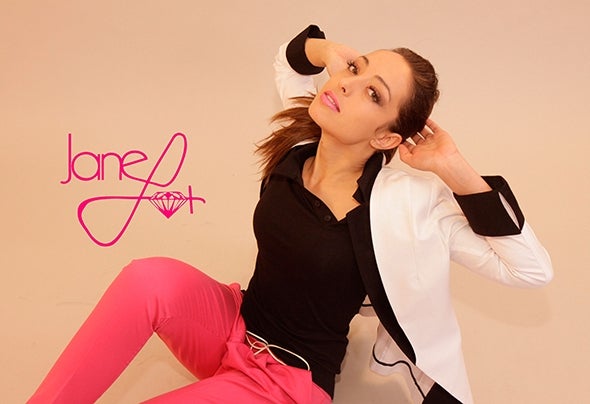 Princess of House Music, Jane Fox was born on 1989, a mixture of Latin and American roots bringing her the power and natural elegance to her wonderful voice. Her undeniable musical talent is creating not only one of the best voice in the world of electronic music, but an entire artist who is able to interpret from House to Soul, Jazz, R & B, Pop and Opera. Her live performances, not only delights us with her unique voice, always cheerful, smiling and glamorous, but Jane Fox makes the public share in her show, creating a super cool vibe. Senssual Records and the single "I Found Love" with Dj Coxswain (sale by Clipper´s Sound) brought her into the electronic music scene in 2012. Soon she started performing in different clubs from Madrid like Tartuffo, Laydown, Moe Club, Mármara, Privé, Sala Taboo, Sala Fortuny or Vanity. Very soon, she collaborate with Supermartxé in Indochine and Club Station (both in Zurich) Actually, she acts in different cities around Europe: Ibiza, Madrid, Valencia, Denia, Almería, Cantabria, Mallorca, Barcelona, Geneva, Lausanne, Zurich, Stuttgart, Neuchatel, just to name a few. Since then, her career has been throwing up and she has done some projects with differents producers as Coxswain, Ivan Hermez, Antoine Pete, Victor Collado, Fioruccio, Solo dos, Karl Krieger, Salva Di Nobles, Frank Cherryman, Tete Hernandez, Javi Place... Her potential as an artist quickly opened the doors of the clubs and most glamorous restaurants in Ibiza, like "Nuba", where she was acting the summer of 2012. That summer, she performed at Pacha (Mallorca), and "Nautical El Toyo" in Almeria. Currently, continues with all previous projects and numerous new projects with various record labels, including her home label Senssual Records. Currently, continues with all previous projects, working with Senssual Records, collaborating with the party "Hypnotika", with the label "Moonhousebeat" and performs a full show for "Universo Robot". It has provid ed a variety of national and international performances and numerous musical projects with differents producers and record labels like “Pacha Recordings”, where will release with Coxswain "Mueve La Cintura" in summer 2013.