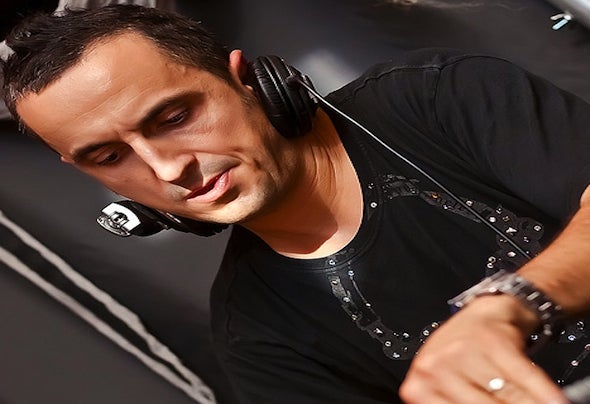 Few veterans within electronic music boast the widespread appeal, respect, list of accolades and aliases as DJ and producer Andy Galea. Considered by many to be a master of the craft across various forms of house music, 2011 is shaping up to be a promising year for Galea with many exciting projects, collaborations and new releases in the pipeline.His position as head of A&R for Strictly Rhythm- Ikonik Recordings is indicative of his ear for a tune and with over 20 years experience producing, remixing and performing all over the world, it is no secret that Galea is a true legend within the scene. His list of monikers reads long, and some of his famous projects (past and present) include: •Freestylers•Sol Brothers•Nightstylers•Soulseekerz•Phunk Warriors•Solasso•DJ BombaFrom receiving “Best Band” at the Muzik Magazine Awards to being a nominee for “Best Newcomer Act” at the prestigious MOBO awards, industry recognition and praise of his talent has been overwhelming over the last two decades. And with remixes completed for artists such as Rihanna, Britney Spears and Technotronic amongst many others, it is evident that Galea’s versatility and skill as a producer is highly sought after from all corners of the music industry.Andy’s most renowned work includes his ’95 chart-topping smash hit “Turn Me Out” under the Sol Brothers guise, and more recently the dancefloor-destroying cover and remixes of Planet Funk’s classic “Chase The Sun” under the Nightstylers name. Punters can expect brand new work under both aliases in the coming months, including a soon-to-be released track that all the big dj’s are desperately trying to get their hands on….His productions have seen unwavering radio support from Pete Tong and Andi Durrant of Capital Radio, as well as live support from artists such as Joachim Garraud, Funkagenda, Roger Sanchez, Sander Van Doorn, Markus Schulz, D.O.N.S and Stonebridge to name just a few. Andy’s music can be heard every Sunday on Global Radio Manchester from 1800-2000, playing the finest upfront house music that is also available to stream online across the world. Check Andy’s facebook page http://www.facebook.com/djandygalea for up-to-date information regarding club dates in his current home of London, and also upcoming tours and shows throughout the globe.http://www.myspace.com/andygalea/musicFor dj Bookings Contact:sacha@idealdjs.co.uk alice@idealdjs.co.uk Office No: +44 (0)845 094 4791 Office No: +44 (0) 1268 796120 Mob: +44 (0)7946 684001