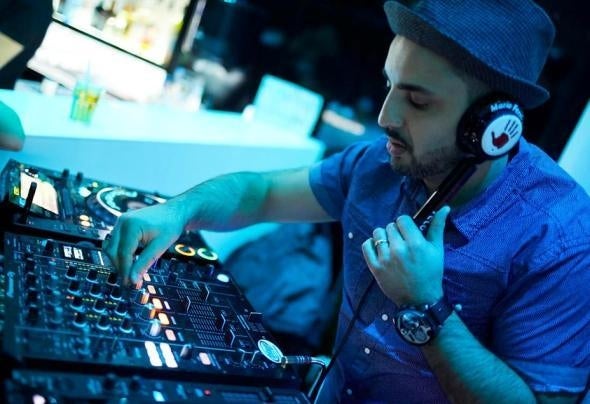 MARIO FERRINIGrowing up in Italy and Switzerland Mario Ferrini was deeply influenced by both cultures. As a result his unique musical sense is a fine mixture of both the Italian and the Swiss mentality: vivacious beats combined with a pointedly accurate mixing technique. No wonder he was already spinning the decks at the tender age of 14, taking the audience on a journey into his world. A world full of driving beats, great emotions and a profound love of music.THE MUSICAL TALENTAs the artist he is, Mario Ferrini sets himself no boundaries in his passion for music. He plays all styles of house music, from vocal and latin house to funky and tech house. In his relentless effort to show his audience new musical horizons, he puts on a unique show live on stage with some of the best musicians and singers in the business. The name Mario Ferrini stands for nothing less than breathtaking live performances.Honouring this good reputation, he has played alongside the likes of DJ greats such as Grammy-Award winner Louie Vega of Masters at Work, Bobby & Steve, Frank Roger, Butch, CJ Macintosh, Timmy Vegas, DJ Antoine, Yass and many more. whether he ́s spinning at the Ministry of Sound in London, at the Winter Music Conference in Miami, at Bora Bora and Delano Beach in Ibiza, at Supperclub in Amsterdam, at Baia Imperiale in Riccione or at many other clubs across Europe. - Mario Ferrini sets the dance floors on fire with his infectious sound!