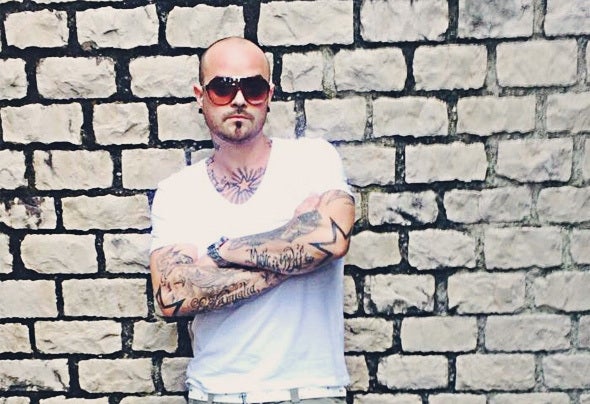 DJ DonDario, aka Dario Catozza Born in Italy on 11th February 1982 and lives in Sissach, Basel in Switzerland.In 1996, Dj DonDario began with the laying on disk in Youth houses in the region of Sissach. At that time, House and Electro was daily present. With a couple of friends he established in 1998, the underground club in Sissach. At the time, house gets more actually and DonDario discovered his affenity for this Style of music, but he was not fully appreciate by some colleagues that were in the youth house, called the underground.After a long discussion the relationship between DonDario and the Underground had ended In the course of 2000, DonDario watched the small Swiss House scene, played on private parties and in 2002 got a brake at an event booking at the club in Pratteln, Basel Sprisse country with the Event Elekt roKing in cont act . The Elekt roKing, which hasn`t his own fixed location untill then, but he was rented in various clubs, DonDario booked for one oft heir event s in February 2002 in t he club 23.This performance marked the breakthrough for firm size in the scene, because the Elektroking booked DonDario, as a result every month.Thereby Pratteln and the electroking was DonDario`s new musical home and it was followed by Bookings through various clubs and countless major events for swiss house music.In 2003, the sexy nation booked DonDario for the Zurich Street Parade and the trail goes several times to Germany, Italy, Croatia, France, Belgium, Netherland and Brazil.Already in 2003 DonDario began to moving in the direction of tech house - techno, while of the slowly evolving house scene and avoid.The Sprisse- resident opened the doors to the Club Legend in Biel, where in 2004 The Lost set up the first solid tech house - Techno-Club of Switzerland. In the same year DonDario created his own recording studio in Sissach.In 2007 he developed and founded the new party label, "Lost" with which he, the regional and national Club scene has excited and still will be. Along with this development and the transition from house to electro tech house techno was at the same time when Dj Mendoza changed to DJ DonDario, the new DJ.