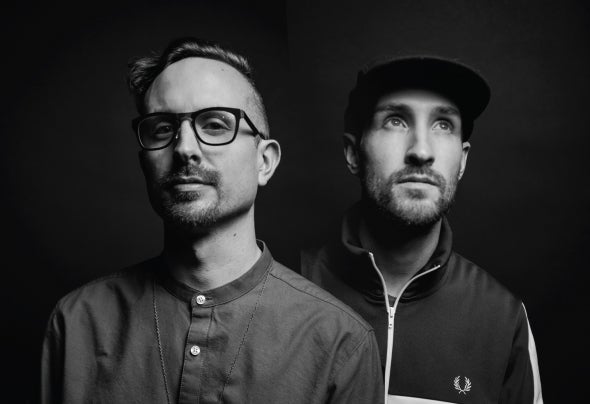 Since combining forces in 2015, Reflektor has been on the rise as they’ve stretched their roots across the West Coast of Canada and caught eyes within the global Drum & Bass circuit. As a duo, Alex Timmer and Alec Grose found their unique sound nestled in the deeper end of the spectrum while flaunting a smooth, soulful, and diverse style of Dnb. Showcasing what they believe to be a true taste of what the West Coast has to offer, their music speaks for itself. Gaining initial momentum with a handful of smaller releases both internationally and locally, fans were left wanting more... and they did just that. In 2017 they dropped a slew of top-tier free downloads that made waves in the Drum & Bass scene which lead to a pair of their largest releases to date; their exciting late-2018 debut on the mighty Shogun Audio 'Hold on Me Feat. Anastasia', the early-2019 debut alongside Dave Owen on Technique Recordings 'Undertow', as well as their two tracks, 'This Love Feat. Anastasia' and 'Run Forrest Run w. Low5', included on Technique Recordings' Summer LP 2019. Outside of production, Reflektor’s sole DJ, Alex, has managed to gain a reputation of delivering noticeably consistent and entertaining DJ sets ranging the full spectrum of Drum & Bass. As part of Digital Motion, he’s shared the stage with many of the top global Drum & Bass acts and delivers a consistent flow of podcasts alongside the Hydration Mix Series collective focusing in Liquid Drum & Bass. Lush, aggressive, moody, and energetic, when he hits the decks fans are left on their toes. Now split between Vancouver and Calgary, Reflektor is back in the studio hard at work and has a ton of gems nearing completion as they continue to pave their way into the global Drum & Bass spotlight.