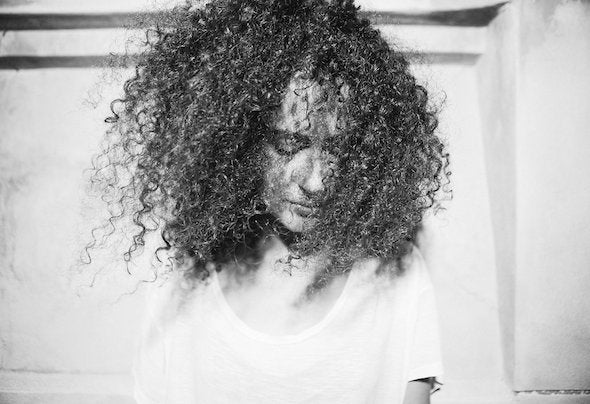 DJ and producer Michelle Owen has been closely involved with music for almost all of her life. As a teen-aged electric guitar player and assistant sound engineer in Australia, her world was influenced by grunge and hip hop until New Years Eve 1999, when a Danny Tenaglia DJ set opened her eyes to the artistry of electronic music. Now, the multi-faceted talent makes Berlin her home, releasing records for Moodmusic and Lost My Dog Recordings, landing gigs at tastemaker clubs like Panorama Bar and Watergate, and hosting her own party, ‘It’s Almost Night’. In her hometown Sydney, after saving for her first pair of turntables, Michelle became a regular on the local scene, holding down DJ residencies with some of the city’s best clubs such as YU, Sounds On Sunday, Home, Tank and Chinese Laundry. Alongside her burgeoning DJ career she worked behind the counter of Central Station and Savage record stores, hosted a weekly radio program on Rhythm FM and then co-hosted a program with leading Australian DJ Kid Kenobi for FBI Radio. No stranger to the mic, Michelle has since lent her distinctive voice to Soundcloud’s online tutorial videos and a number of media voiceover projects. Inspired by a visit to Ibiza in 2005, Michelle moved to the White Isle in 2007 for the summer season, where she worked for Ibiza Rocks and DJ’d in Manumission’s Coco Loco room. After a stint in London, working with Ben Watt at Buzzin Fly Records and in Soho’s famed Phonica Records store, she was lured to Berlin with a job offer from Beatport, and she now holds down a position with music technology leaders Native Instruments. In 2010 Michelle proudly released her first single “What’s In A Name?” in collaboration with James Flavour on Dirt Crew Records, followed by her first solo EP “Swing It” for UK label Lost My Dog, featuring remixes from Pezzner and Murat Kilic. Soon after, her “Strange Days” release on Baker Street Recordings received rave reviews, eclipsed only by 2011’s “Perchance To Dream” on Moodmusic with remixes by Chez Damier. “Perchance To Dream” shot into the Beatport Deep House Top 20 chart and Traxsource Top 5, received a glowing 8/10 review from Mixmag and garnered influential support from DJs Ewan Pearson, Ashley Beedle, Luke Solomon, Graeme Park, Shonky, Deetron and more. Around this time Michelle launched her own online platform Almost Real, and its linked party series ‘It’s Almost Night’, where hip hop, funk, R&B and jazz form the soundtrack of the pre-club party. 2012 has proved to be a monumental year for Michelle so far; she was invited to make her debut at Panorama Bar as part of a Moodmusic label night, and has further debut sets for Snowbombing festival and Berlin’s Watergate in the pipeline for spring. Her current remix for Kruse & Nuernberg’s “Reminiscence” on Moodmusic is burning up the charts, and It’s Almost Night is preparing to relaunch soon at Berlin’s infamous, Michelberger Hotel. With momentum well and truly underway, 2012 promises to be the best year yet for this accomplished young talent. www.michelleowen.me www.almostreal.me