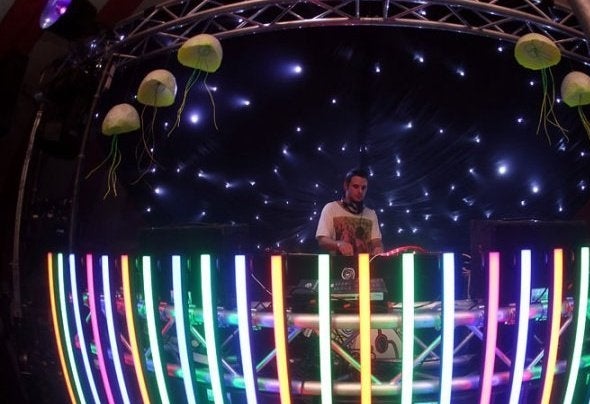 After experiencing classical music at a young age, Peckos (aka Sven van Coillie from Belgium) started his musical career in 2001 behind some local turntables, experimenting with different styles & genres: house, techno, electro, disco, club - they all went through the mixer. After deciding that his real passion lay in a more underground deep house sound in 2004, he began to claim residencies and performances in several clubs and bars in Belgium. Deepness still remains in his sound as a DJ and he considers it one of his keywords. As with many DJs the natural progression was to production, in which Peckos began to take an interest in 2005. After four years experimenting in the studio the first results were finally ready and were quickly snapped up by several highly regarded labels. 2009 became a breakthrough year with several EP’s on Lost My Dog, Guess Who, Gourmand Music Recordings, Booth Trax and Shak Digital. His tracks were remixed by house legends like Raoul Belmans, Vernon & Dacosta and Tommy Largo, and supported and charted by a wide range of DJ’s such as Mark Farina, Laurent Garnier, Lovebirds, DJ Sneak, Tony Humphries and JT Donaldson – just to name a few. His recent releases include EP’s on highly respected labels like Baker Street, Homecoming Music and Lost My Dog. Peckos’ simple, profound love for electronic music and a healthy dose of perseverance and creativity manifest itself in his productions and DJ sets, whether that’s booming beats, sensual sounds, g-spot grooves, mind-milking melodies, and other things that sound great, good or gentle.