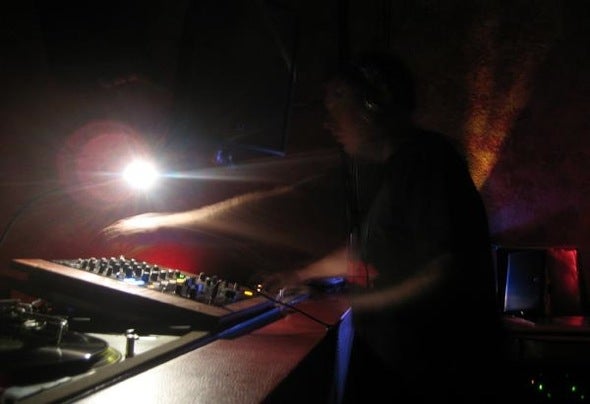 With over 40 releases, you may know him as Uhuru Beats, Croydon Punks Ltd, Masonic Noodles, or the Chicago Transit Authority. Grant’s first release as Tribalation - EP1 on Loaded records got licensed to Strictly Rhythm; the rest is dance music history. The son of a jazz musician, Grant’s teen years rebelled to the raw aesthetic of punk, but his tastes quickly warmed to the rolling basslines of dancehall and dub reggae. South London soundclashes cemented his love of gritty low-slung frequencies. And then acid house. Down Clink Street, deep underground to Heart and Soul and onto to countless warehouse parties, Grant took his innate appreciation of dancefloor dynamics behind the decks. Grant’s shared love of the best of Chicago house and Detroit techno started morphing into a sound in the early days that could only be detected in the mix. He’s now widely regarded as a Tech-House pioneer, but his influences span a far broader spectrum – Early disco to post punk - Barrington Levy to Basic Channel with a splash of soul and that inimitable swing.In 1996, after securing a one-year residency at the Underground Cafe in Sydney, Australia, and a one-year residency at the Red Zone in Auckland New Zealand, Grant embarked on the first ever tech-house world tour alongside fellow pioneers Terry Francis, Mr. C and Colin Dale.In 2001 Tribalation were voted DJ Magazine’s Best Newcomers. A succession of solo releases followed on key US labels; Tango, Plastic City, Detour, Nightshift, Big Chief, Stupendous, Headtunes, Worship, Leaf and Utensil Recordings and Visitor. Grant was soon spending most of his time stateside collaborating with the likes of Tony Hewitt, Jay Tripwire, Tyler Stadius and Adam Collins. With his tracks finding their way onto mix compilations by Fabric, Renaissance, Tyrant , Nu Breed Global Underground ,Turbo Recordings, La Terrazza and DC-10 in Ibiza, Grant was soon spinning his wares everywhere from Canada to Costa Rica and Brazil to Buenos Aires. In the UK, his remixes for Hooj Choons and releases on Bosh, Tag, Evasive and Rescue Recordings have extended and enhanced his reputation.He’s rocked the glitterati at Pacha in Argentina and the Rex in Paris, but he’s in his element at underground house temples like Wiggle and Kerfuffle. Watch out for his new releases in 2013 on Murge and Blockhead Recordings, SAVE YOU and DCS Trax - search under Croydon’s favourite US import.