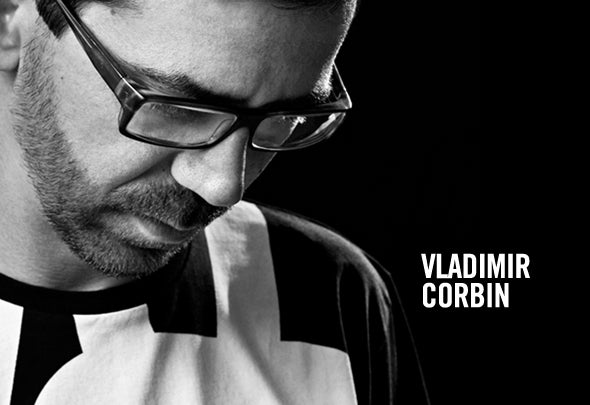 Techno and its consequences. V. Corbin got into the maelstrom of the straight bassdrum with the first big wave, in the early nineties. Mayday, Loveparade and trips to German Techno centres were regularly on the weekend program. In the meantime, education and raving was current in the former Mecca called “Oz” in his hometown Stuttgart. Apart from that, House and Techno parties were scarce in the Swabian capital. For the love of music, V. Corbin started in 1993 (together with the today internationally well-known DJ Duo "Tune Brothers") the event line “Stay Tuned”. Over the years it developed to the biggest regular indoor party (with up to 5000 visitors) for straight electronic music in the region of Stuttgart. The year of 2002 had some bigger turning points at the ready for V. Corbin. To begin with the scene and city magazine of Stuttgart “Sub Culture”, which he took over as a publisher and has been leading successfully since then. On the other hand, he pushed on his DJ career since that time. In recent years before this time he grasped the headphones only sporadically and just for fun. In probably no other branch, fun and passion can become a business that fast, as in the DJ’s industry. Corbin expeditiously developed a certain sound signature. The beats slightly reduced, deeply pumping, expanded chords – a Corbin set sweeps from Berlin over Detroit to Chicago and aback. A House-Groove is the foundation, in the floors above, styles from Deep over Minimal, Tech to Electro or Neo-Trance fuse seamlessly to a fascinating and authentic complete work. After the big events in the nineties, V. Corbin applied himself to smaller events for enthusiasts of electronic music. He found the perfect place for it in the renowned club “Ciné Colibri”. Up to now, he invited major players of our age, such as Dapayk & Padberg, Etienne De Crecy, Marc Romboy, Alex Gopher, Justus Köhnke, Jesse Rose, John Dahlbäck, D. Diggler, Ida Engberg, Kris Menace, Gamal Kabar, P.Toile, Xenia Beliayeva, Stephan Bodzino, Sebbo & Ante Perry to his row of “Tonsport”. In spring 2007, V. Corbin mixed his first official Mix-Compilation “V.A. – Electronic Clubtunes“ (ZYX) for the Sub Culture network. So far, his appendant club tour brought him to Clubs like Monza/Frankfurt, Loft/Mannheim, U60311/Frankfurt, Aiport/Würzburg, Stella/Darmstadt or F-Club/Freiburg. As time permits, Corbin works on own productions in the studio. First official results were published in June 2009. Similar to his DJ style, various influences are processed to a pumping and enthralling sound. web: www.vladimircorbin.com