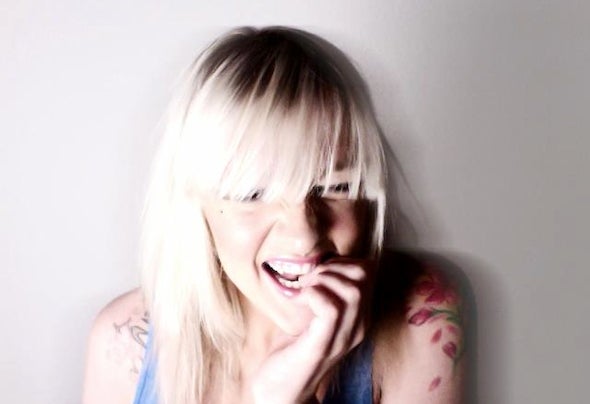 Since the age of 17, Danish DJ and producer Dainty Doll has been producing electronic music. While her original productions have emphasis on house and techno, her DJ crate varies from tech house to heavy tech and progressive house.Dainty Doll’s status quickly rose across Europe with her hit remix of “Police Bells & Church Sirens”, a track originally from one of Denmark’s biggest el ectronic rock bands called Nephew.With Bosphorus as one of Dainty Doll’s main labels at the onslaught of her career, she released her first 2 EP’s, "Boom Box" (which was shortly followed by a stellar remix from Mario Miranda), and "Uncensored", which put her on the map after only 24 hours, as this release immediately saw 2 of the 3 tracks enter the Label’s top 10 chart, as well as the Beatport Top 100 Tech House chart. "My Girl Friends Are Very Sexy" was nearly impossible to bump off, thereby earning the attention of the larger labels and artists.John Acquaviva then discovered Dainty Doll in 2010 and released her 2 track EP "Candy Kiss" on his imprint Definitive Recordings in March 2011.The following month 303Lovers signed her track “Wasted Youth” and released it on their “Techno” compilation, alongside such prolific names as Umek, Alex Kenji, Richard Dinsdale, and Luigi Rocca. "Wasted Youth" shot to #24 on the Beatport Top 100 Techno Chart within days, as well as #8 on 303Lover's overall downloads, proving she is quickly becoming the one to watch and pay attention to.In 2012 the self-taught producer and global travelling Dj, Dainty Doll, found herself more in love with house music than ever.Dainty has travelled in many parts of the world such as, Italy, Portugal, South Africa, Sweden, Norway, Azores Islands, Spain, Holland where she performed at the big Gatecrasher event along sided with Eddie Halliwell, Marco V, Dimitry Vegas, Koen Groeneveld and more. Also in the UK were one of the places that Dainty Doll had gotten the joy of attending. At The Gallery in Ministry Of Sound club Dainty Doll had the pleasure sharing the night with Ferry Corsten as the main name.With supporters like John Acquaviva, Olivier Giacomotto, Richie Hawtin, Spartaque, Umek, Luciano, to name a few, its safe to say that Dainty Doll is definitely on the right path.Later in 2012 she joined forces with one part of The Oxygyn Junkies, Sean Smith, and became the A&R for JuJu Recordings and will be releasing compilations in collaboration with HouseSessions early 2013.Joining RiseUp Records, with the first release in April 2013 "Feel Alright", and Vamos Music her first EP "House Religion" ft remixes from Eddie Amador, Rio Dela Duna and D.F.K, gave Dainty Doll a lot of work on her hands. Artist and labels are queueing up to get her to remix for them.Dainty Doll has also been blessed with a voice from heaven. She was discovered as a vocalist by adding on vocals t o her own t racks and t hat has caught several big producers attention. Jozsef Keller, My Digital Enemy, Luigi Rocca and Chris Ward/Della Zouch are just a few of the names that are lining up to do vocal collaborat ions wit h mult i t alent .This has all brought on a tight DJ schedule and this is just the beginning of a promising year for the young talented Dainty Doll.Dainty Doll will be releasing this year on, Vamos Music, Musicasa, Lip Recordings, RiseUp Records, King Street Sounds, K9, Definitive Recordings, Hotfingers, Stealth Records and more...Dainty Doll is the one to watch