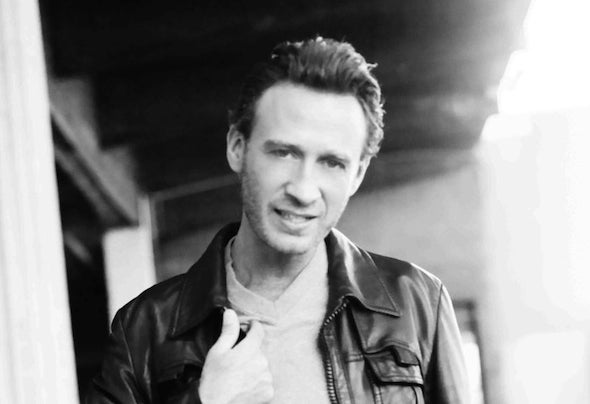 Dan Marciano is about to become the worst-kept secret in dance music.Born and raised in Paris, he has long been revered as a revolutionary of the French electronic music scene and Dan takes his DJ skills to famous clubs both large and small in every corner of the world, from Germany, Italy and Miami to Singapore, Brasil to Bienos Aires.He has also been producing and remixing since 2000. Now, following the successful debut season of his ManimalZ party at Privilege, Ibiza,Dan’s star is set to rise even higher.He says simply: “I have the best job in the world.”Dan Marciano always loved music and dancing.As a kid he spent his pocket money on Michael Jackson or George Benson records but when house music emerged in Paris he found a spiritual home. Inspired by legends like Carl Cox, Laurent Garnier and Jeff Mills, and enthralled by the colour and magic of the dancefloor, Dan threw himself into DJing.It was harder to get a break in the pre-internet era and he remembers doing things the old fashioned way: handing out cassettes and throwing his own parties.Dan built a loyal following and became a resident at some of Paris’s most celebrated clubs including the Palace, Les Bains Douches, and Queen where he has held court for a dozen years.His success as a DJ is driven by the belief that: "You can have the best records but if you don’t feel the music, and the people in front of you, if you don’t tell a story, it won’t be any good.”This simple philosophy has driven Dan to experiment throughout his career.When house lovers and trance fans regarded each other as traitors he was brave enough to play both, and to win fans from either side of the divide."It’s my job, as the DJ, to break down barriers and take people with me,” says Dan.According to fellow DJs: “His music fascinates and hypnotizes everybody who hears it”which has led to invitations to play with luminaries such as Deep Dish, Pete Tong, or Paul Van Dyk. Dan is always happiest taking his love of house music to the masses.In addition to his long running weekly radio show on FG DJ Radio Dan is bringing fresh energy and talent to his Saturday night residency at Queen, booking hot talent such as Lee Brinx, Solomun , Climbers , Betoko , Karmon , Cozzy D and Finnebassen.He is also busy in the studio, pursuing his second passion of making music.With more than a decade of hit records under his belt, including the evergreen ‘Good Morning Paris’, Dan’s production career has evolved along with his DJ style. His extensive back catalogue crosses labels such as Full House, Escape, Royal Flush and Connected Records and recent releases have graced Denfis, Cream Couture andEle c t ro niq ue .With a full schedule, new management, and ambitious plans, Dan is bursting with excitement for the future. “Clubbing has never lost its magic,”He says. “People call my music house, or underground, but you can’t put a label on it. It is about emotion and passion.”