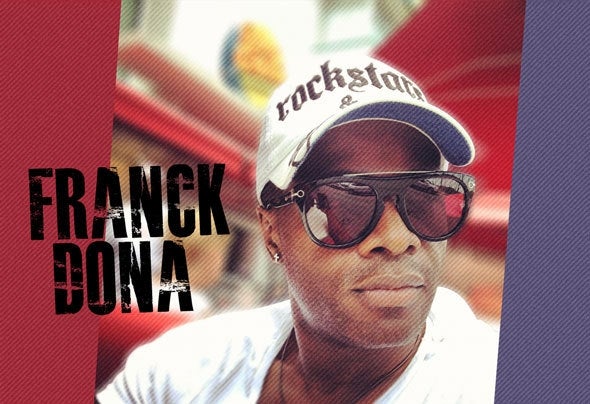 Franck Dona was born into a musical family. He started his career in Paris (France) in well known clubs like L'Enfer, Le Queen, VIP Room, Mix Club, Redlight, 287 and the Ritz before he played everywhere in the world alongside DJs like Carl Cox, David Guetta, Ron Caroll etc. Franck Dona produced a lot of tracks with respectable positions in the club charts. He gets a lot of respect from the DJ community and was asked to remix tracks from David Guetta, Maurice Joshua, Ron Caroll and many more.In 2009 Franck joined the famous Bill Evans Piano School in Paris, and after 8 months of perfecting his musical techniques, he decides to move to the US to produce more great dance bombs. After one year living and producing in Miami and New York he had an output of 20 new hot tracks. His new album will soon be released - so watch out!