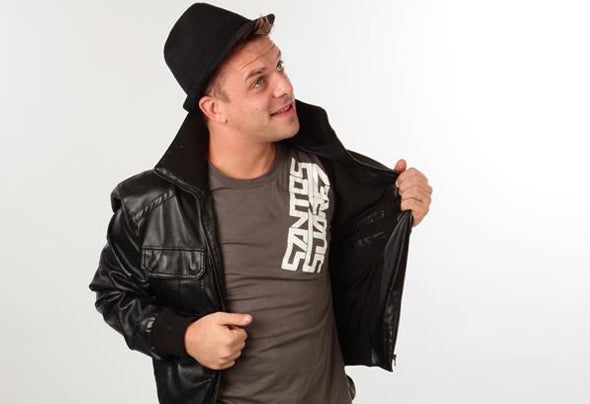 Johan van Sante a.k.a Santos Suarez always knew that he wants to do something with music.At the age of 18 he begin produce music by himself. His productions were immediately been notice by the big names in the Dutch housescene as Leroy Styles, Marc Benjamin, Baggi Begovic, Benny Roderiques and Goodgrip.At the end of 2007 he was spotted as a new talent by the agency of Nope is dope, they let him show his skills to the big audience at there party’s. His feeling for music and his enthusiasm is huge and his gigs are energetic and uplifting. His choices for music and his image are the reasons his performances didn’t stay unnoticed. By putting al his enthusiasm in his music he gets the audience on the dance floor over and over again.In 2008 he releases the track “Juicy”. This track is the beginning of his carrier as a well know producer.Because the support he gets about this track his enthusiasm just grew and this was just the beginning. Soon after that he release the tracks “ordinairy people” and “ Buena Vista” on labels like Samsobeats, Spinnin records, Chega & Afrazoo. These releases have put his name on the map of the Dutch house scene.After these releases he was asked by the organisation of Beachboom to make the anthem for there festival at the beach.