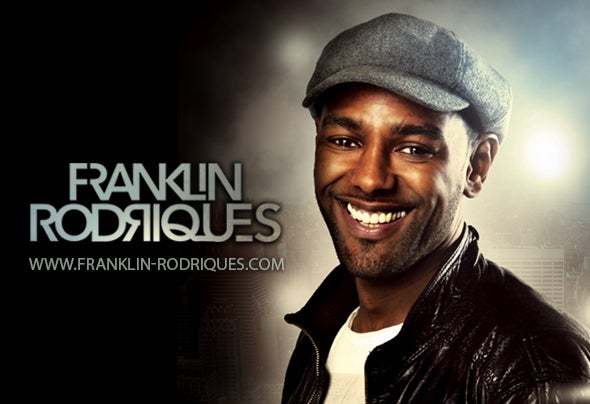 Franklin Rodriques, born on March 13 – 1980, is a creative and musical protegy that originated in Cape Verde, has become an entrepreneurial creative artist.Sold-out party’s like Clubterrasol, Elegance and Oops proves that Franklin Rodriques knows how to party and gives the scene an experience like never heard before. Not only knowing how to spin a turntable, Franklin also produced bootlegs such as Born Again and Diva (by Byonce), which has been downloaded many times from all over the world.With a fruitfull collaboration with DJ Rishi Bass, also know with summerhit of 2010 ‘Te Te Te’, Franklin Rodriques continued his career with a solo trip inspired by his African Roots. Combining known music vibes like zouk, latin, kuduro, house and tribal in his own musicsound called House with Roots (HR).May 2011, named for his solo ‘African Force’, Franklin Rodriques presents a upcoming debut albumrecognizable for its uplifting flow and vocals by Melissa Fortes: ‘African Force’. Not just his loyal fans from Angola, Portugal, Cape Verde and the Netherlands whom appreciate his new vibe, but it strikes in like a bomb with the general public. Within two weeks Franklin’s SoloIT ’S 2014 AND FRANKLIN RODRIQUES COMES FORWARD WIT H A UNIQUE VIBE AND SOUND: HOUSE WIT H ROOT S!Debute ‘African Force’ got up to the number 2 in the Top-100 Dance Charts and even got the number-1 spot in the Netherlands FunX Summer Dance Charts. Throwing Sean Paul with ‘Got to Love You’ and Rihanna with ‘Man Down’ of it’s thrown, Franklin Rodriques put the tone and it’s expectations to an upper level with his album African Force.Establishing his’ name as a D.J. as well as an Producer, Franklin Rodriques opened the world’s eyes and continues to surprises. Merged vibes, the not obvious vibes, and interesting collaborations with the established artists from Africa like Sarah Tavares, Nyanda, Melissa Fortes, William, Lily Spencer, Gringo, lily Spencer, William Araujo, Sam dewit, Gil Semedo, David Cruz, Virgul and many more Franklin Rodriques takes you back to the African Roots!