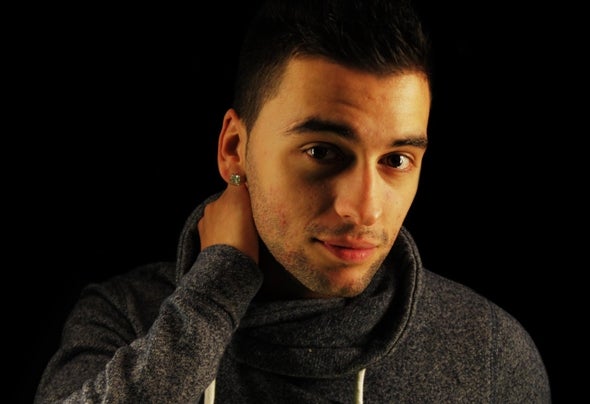 It all started at a young age, Silvio was always playing with everything that has to do with music,after years searching, Silvio fell in love with Electronic House Music, which gave him the motivation to start he's own productions.Now a days at the age of 21, he is an quality Producer and DJ with years of experience, an young talent that reached alot of goals already, butbut still has many goals to reach.By the way of producing he's own music style, and making the crowd go wild at performances, Silvio is one of those DJ's you won't forget.He's music includes alot of African Latin infuence mixed with a little of refreshing Progressiveemotive chords, this is what makes Silvio Luz unique.As a producer he already made official remixes for big international names and collaborations with great artists.All he's tracks have been released on digital portals like Beatport, Dance-tunes, Myclubbingstore, Itunes and on stores.He's first EP ''Baile''(2010), got supported by big international artists.''Baile'' was the first successful track, after the success, it motivated Silvio even more to produce more tracks!Most of the tracks entered and remained in the charts for a couple of weeks.In the year 2011 Silvio came up with alot of new productions and releases,surprisingly the support he got by the biggest names in the scene, satisfied him, and garanteed Silvio for more gigs!2012, Silvio accomplished alot of goals this year.He managed to work with artists that inspired him, increased he's name internationally by performing around Europe and Africa,and released tracks that received alot of good support by radios and the biggest DJ's around!Silvio's highlight this year was he's very first performance in Africa, in a small Island called Mauritius,where alot of fans came to support at he's performance. Since then, Silvio gained he's name and will be always touring around Africa.From this point on, a star was born.The year 2013, a great year for Silvio, alot of great tracks, gigs, projects, videos and collaborations with other great artists. With alot of confidence and energy he is more than ready for the future!What you can expect of Silvio in the future is alot of new videos of he's gigs, new productions. Every weekend he gets booked, check he's schedule, he might be coming for you!Silvio Luz is operating on international level as DJ and Producer. Playing in lots of big and famous hot clubs throughout Europe,he is always on the move expanding he's name around the world by sharing videos, music, and information.Keep your eyes on this DJ because this rising star will be around for many years to come.