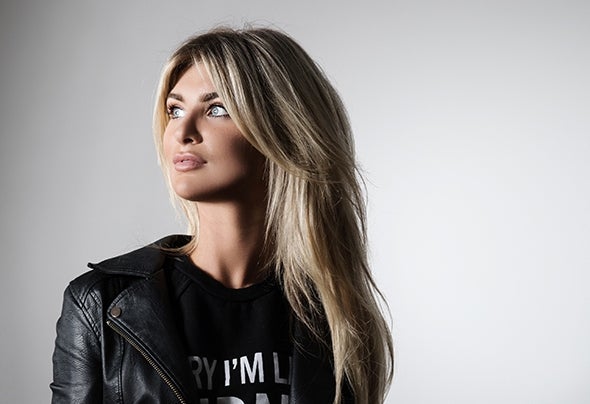 If there was the perfect embodiment of energy, talent, style and creativity, it may well be Official Nancie. This young, dedicated and dynamic Singer, Songwriter, Musician, Producer and DJ has been furthering her impact on the electronic scene in the past 12 months to astronomical levels. Now signed to Capitol Records UK, as one of only five acts on the roster alongside Liam Payne, Sam Smith, 5 Seconds of Summer and Mae Muller, Official Nancie will be showcasing a lot more than just her DJ’ing. Capitol Records, owned by Universal Music, is considered one of the “Big Three” record labels, alongside with Sony Music and Warner Music so expect to see Nancie at the peak of her creative ability in 2019. She’s been shoulder to shoulder on line ups that have included influential artists such as DJ EZ, Lethal Bizzle, Sam Divine, Camelphat, Tom Zanetti, Nathan Dawe, Chris Lorenzo, Giggs, James Hype and Jamie Duggan. She’s prominently featured on the stages of MADE Festival, Inside Out Festival, Pier Jam, Bass Jam, YPV Festival, Beatherder Festival, Logic Festival Swansea, TWSTD Festival, Restricted Forest Festival, & Fearfest. Performing up and down the UK from Ministry Of Sound London to Rainbow Warehouse Birmingham, Digital Newcastle to PRYZM Cardiff. Nancie has been hitting the islands of Ibiza, Ayia Napa, Malia and Zante and there is no stopping there. Official Nancie’s style has evolved into its own unique flavour, taking inspiration from house, bass and tech to create a fusion taste that has become her signature sound. In a world where standing out is increasingly difficult, Nancie has cut her own path by developing her shows and injecting her own special formula or live vocals, percussion and performance which creates an inimitable blend known only to her. The ability to read a crowd is essential to creating a performance that not only sets the dance floor alight but that is etched into the memory of the audience. With variety in abundance, the new talent flow on high, every artiste needs to continually up their game and Nancie does exactly that. What’s in store for 2019? Keep up to date with Official Nancie’s Socials.