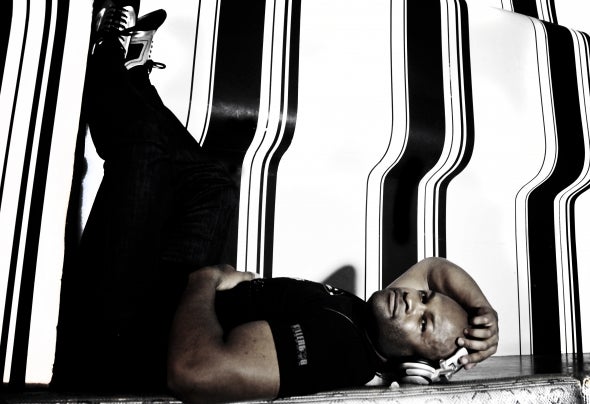 Long a leading force in the Canadian scene, Deko-ze rose to notoriety as co-owner of PPM (Plastic Puppet Motive), one of Western Canada's most revered promotion teams.For years he has been labeled “Canada’s hardest working DJ”, frequently playing gigs in nearly every Canadian centre – big and small – and has held residencies in clubs across the country for more than 18 years. Building on his international profile, Deko-ze has numerous gigs in t he USA, UK, Germany, T aiwan and Mexico under his belt.On the production front, he has several singles, remixes and compilation cds on Hi-Bias Records, Play Digital and forthcoming music for Hotboxdigital.Deko-ze has always believed in spreading the vibe - most evident in the "Techno Prisoners" and"Technopolis" radio / internet shows he co- produced for several years; being an active member of the prestigious Balance Recordpool and currently in the King Of Clubs promo release pool based in London UK, Total Promo Service and ZipDJ based in Toronto; his long running, insightful, hilarious and scandalous "Fiends, Mischief & Mayhem" column that ran inTRIBE and Scenester magazine; and also as an avid buyer at Toronto's Release Records and Eastern Bloc!In a scene now overly segmented, Deko-ze is increasingly distinctive. Although categorized as a House DJ, he is recognized for his ability to fuse music of multiple genres (deep, funky, tech and pumpin' house; tribal; progressive; techno). His energetic and charismatic stage presence, engaging personality, strong technical skills, and original approach to programming have uniquely cultivated a huge following in both the gay and straight scenes. Simply put, everybody loves Deko-ze.