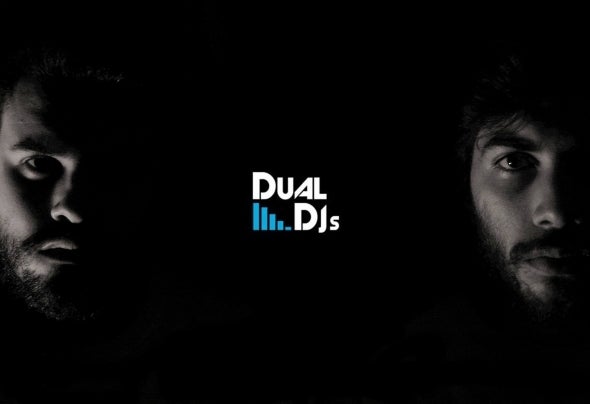 Dual DJ is a DJ duo that got its start in 2011 by the hand of Alvaro Dominguez and Germán Crespo (Sevilla, spain) This pair of DJs, is a style focused on electronic music, ranging from the Tech-house, Electro and Dubstep, to Drum'n'Bass. They have worked in different places like pubs and discos such as, Demo Bar (Sevilla), Sanctuary Room (Sevilla), Calypso Room (Sevilla), Deluxe B3 (Sevilla), Room 101 (Sevilla), East Coast (Gerona), and Djs participants being in different private parties. They were winners of the first competition of DJs "Monster Energy" in Demo Bar reaching thus the residence in the pub itself. They are currently involved in a project related to their own party promoter known as "Kujua Group", working side by side with a rock band, where they try to give a new concept to achieve the fusion between two disparate styles such as rock and electronic music. in 2013 he started working as producers on the Label : Pizarra Label Records