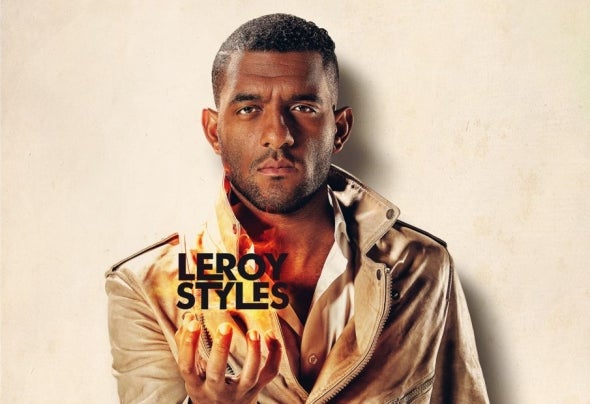 “The road to success and recognition is bumpy, long and not for everybody. You can only do this if you really love music and can’t imagine yourself doing anything else” Those words by Leroy Styles himself are maybe the best way to introduce this successful Dutch producer/DJ and a man who understands his craft! Leroy Styles stands for groove, energy and turbo beats or as he likes to call it “just house”. From the early 90’s, when he fell in love with house music, till this day, when Leroy is considered one of the most successful DJ’s in the Dutch club scene, he’s been ‘putting his money where his mouth is’, depending not only on his talent but on hard work as well. So, how does one starts out by using cassette tapes to practice his mixing skills and then ends up being a much respected producer and an amazing DJ, putting out records and getting (international) support and recognition? What happened in between his first public performance at a R&B club in 2002. Soon after that first gig at a R&B club and realization that the urban crowd doesn’t feel his house music, Leroy got his first big break by getting a gig at Off-Corso, one of Rotterdam’s oldest & finest clubs. Rotterdam being his home town, Leroy grabbed this opportunity with both hands, playing as if his life depended on it. Determined to bring “quality to the people”, Leroy Styles started a series of creative concepts of his own (Hufters, Electro Rockers) and in September 2006 his other concept, LOOKS at TheThalia was born. Every last Saturday of the month he invites the best national and international DJ’s like Benny Rodrigues, Kenny Dope (USA), Dennis Ferrer (USA), Kerri Chandler (USA), Manoo (FR), D-Ramirez (UK), Jazzy Jeff (USA) and many more. Spending all of his (non existing) spare time in the studio, Leroy Styles is producing like a mad man. His 2007 ‘Booty Bass (dream)’ became a Dutch club classic almost instantly, causing serious damage on the dance floor. Followed by ‘Jus Bounce’ that caught D-Ramirez’ attention and was featured on his Ministry of Sound compilation cd in 2007, gaining huge support by worlds finest DJ’s such as Jack de Marseille, Roger Sanchez, Sander Kleinenberg, Rene Amesz, Benny Rodrigues and Steve Angello. ‘Jus Bounce’ also appeared on a Renaissance album, mixed by Paolo Mojo. Another Leroy track, God Will Set Me Free (feat. MC Crown), is featured on a Defected In The House Amsterdam 09 compilation. 2012 was the year that Leroy Styles was getting a makeover courtesy of rising Dutch Producer. With a stream of releases lined up like Far East Movement “Ain`t coming down” produced with Sidney Samson, official remix of Enrique Inglesias “Finally found you” , First Choise “Doctor Love” out on Ultra Music and last but not least he produced en written with Afrojack “As Your Friend” featuring Chris Brown released Mar 14 2013. A international schedule with Miami, Las Vegas, Mexico is strechting out ahead of him, any many more to come!