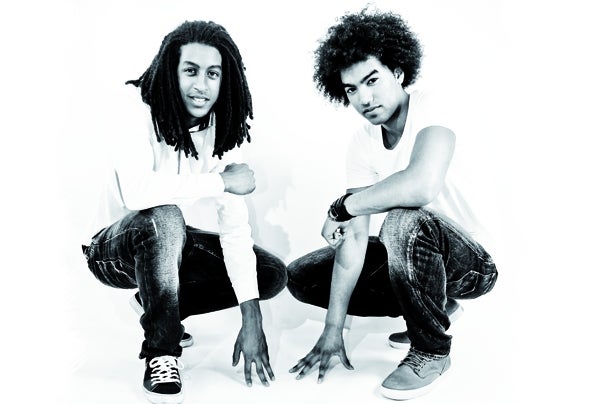 Afro Bros, also known as Giordano and Rashid are two superstar dj’s based in The Netherlands with a shared goal to conquer the house scene! Afro Bros’ passion for house music started in 2006 when they decided to perform together. They instantly decided they wanted to give a new spin to house music by creating an own unique style. The Afro Bros succeeded in this and they’re known for their unique house sound with a tropical touch. Their remixes and bootlegs of Shakira and dj Chuckie have over 200.000 downloads and 1.000.000 clicks. Their Dubbelfrisss track featuring Alvaro became a major hit in The Netherlands, Portugal, South-America and Indonesia whereby their unique sound immediately got picked up by the national and international house scene. With performances at festivals like Emporium, Exxelent Brasil, Nope is Dope, Sexy Motherfucker, Castle Of Love Outdoor, Ultrasonic Festival and Latin Village and performances next to Hardwell, Nicky Romero, Afrojack, Chuckie, Sunnery James & Ryan Marciano, Blasterjaxx and Firebeatz the Afro Bros are an established name in the house scene. Next to performing in countries as The Netherlands, Portugal, Spain, Bulgaria, Italy, Morocco, Mozambique, Suriname, Germany, Belgium and Mauritius the Afro Bros are busy with producing the Afro Bros sound in their studio. Their release in 2014 ‘’Bass On Steroids’’ on Brooklyn Fire Records, has been for several weeks in the Top 100 Electro House chart on Beatport. Stay updated about the Afro Bros and make sure you don’t miss a performance by checking their agenda here or following them via Facebook, Twitter, YouTube and SoundCloud.