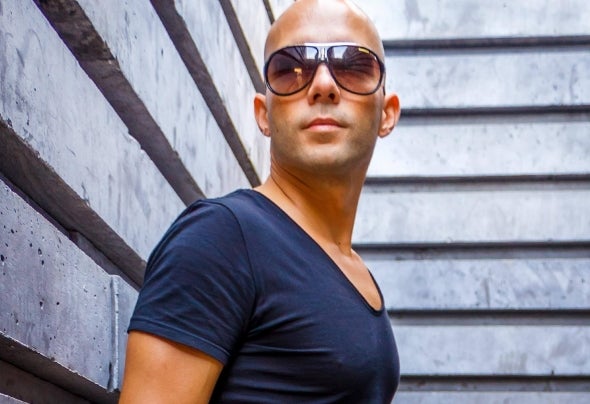 The future of the portuguese upcoming talent Flip De Riviera could not get any better. From Flip De Riviera first gig in a students finalist party in 2001, to 2009’s residency at Portugal famous W Disco saw him regularly performing to crowds each time bigger all over the country and 2013 has seen much more smash gigs of north to the south, at the best Portuguese clubs and events.Riviera already won the highest Award of the "Future Superstar DJs" event, realized in 2006 at Hacienda Klub by the prestigious magazine Dance Club.Flip De Riviera has been releasing a steady stream of original tracks and remixes.In 2010, Flip De Riviera produced 'Make Us Higher' featuring M.Buttterfly, which has become a great success, being present in lot of compilations of Dance Music in the stores, like "Total Kaos 2010".In June of 2010, Roger Sanchez chose the Flip De Rivera's Remix of the theme "Afrodance" as its preferring remix, that it was released on Fatal Music, label of the dutch producer Jaimy. His Remix continues being one of the most ever sold of the label.2012 sees the birth of the Flip De Riviera's masterpiece featuring Ivo Soares called 'Let It Go' realeased on Exklusive Records (Vidisco), and has been supported by several top artists like Pete Tha Zouk, Georgi Kay, among many others world top artists!2013 starts in the better way too, releasing his much waited debut collaboration with Deepblue called 'Back In Paradise', a powerful and emotional EDM track with Ivo's unmistakable voice, that it is reaching such an amazing hype across the world of Dance Music.His ambition and talent moves him to the next level, now wanting to show to the world his exceptional qualities as a DJ, and as a multifaceted musician. As for future productions, we can look for collaborations with other rising talents already working with labels such as Size Records and Phazing Records, coming soon. Everything starts from now on.For more info check out:facebook.com/flipderivieraofficial twitter.com/flipderiviera