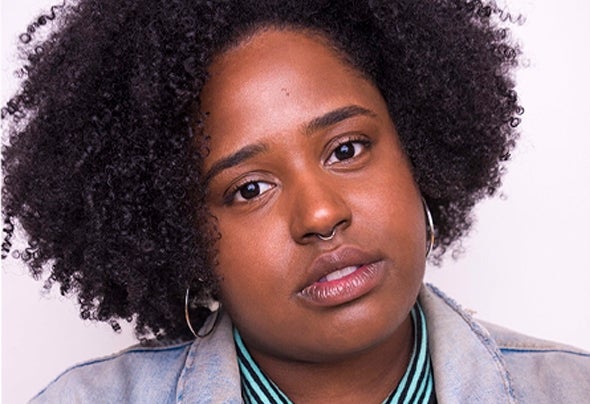 Born in East London, Elliotte was told by her parents that she has been singing since she could make a sound. Growing up in an artistic environment with musician parents, she naturally gained a love for music, performing and songwriting. She kept up with her singing, performing in local and national competitions and shows as a teen. At 17 years old, the musical director of British recording artist Terri Walker approached the budding performer. Loving her soulful jazzy style, he was keen for her to join the ranks. After working with Terri, Elliotte started working alongside up the House music producer Benjamin Pedersen, aka Kid Massive. Since then Elliotte has had international releases, such as the top ten hit “Get Busy”(Soda Records) and performed her tracks nationally and internationally and collaborated with other major house artists, such as Tom Stefan and Soul Avengers, appearing on several compilations and receiving rave reviews for her powerhouse vocals. She has sung for international artist Iggy Azalea and singer/songwriter MNEK.