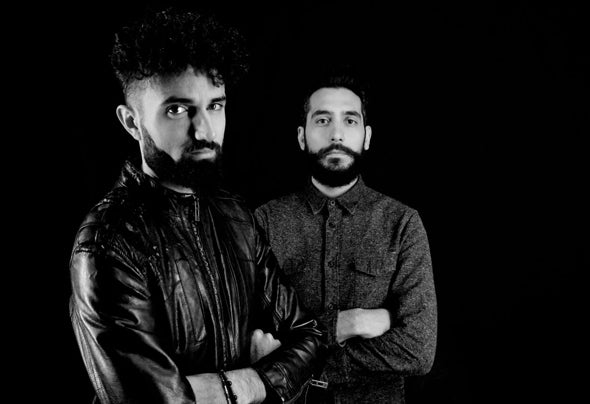 An endless voyage somewhere beyond time and space, where the destination is the journey itself”.  Alessandro Mara and Giancarlo La Barbera are Wabe (pronounced weib) an electronic music duo. The artists united with the idea of creating a new blend of live music and djing shaped performances. Sweets melodies and ethereal atmospheres culminate in a comfortable and dreamy state of mind. The singularity of Wabe’s soundscape is the result of an ecacious fusion of electronica, progressive house, melodic techno and ambient, consolidated in an aesthetic process which combines scrupulous production with exciting live performances characterized by analogue, digital machines and live instruments. In 2019 the duo is going to release their rst EP “Primitive Man”, an introduction into Wabe's music concept, an endless voyage somewhere beyond time and space, where the destination is the journey itself.  Gaining a huge amount of European visibility with a reputation having been established as a stunning live set and an electronic music act that is both unique and transformative. The two members grew up in Palermo, Sicily, playing in different music projects, bands as well as djing in the most interesting venues of the city. Alessandro first studied drum and percussions, later the idea of integrating live music with djing moved him to study electronic music production and composition. Giancarlo mastered guitar and bass in a variety of genres and also song writing. The two artists formed Wabe in 2015.