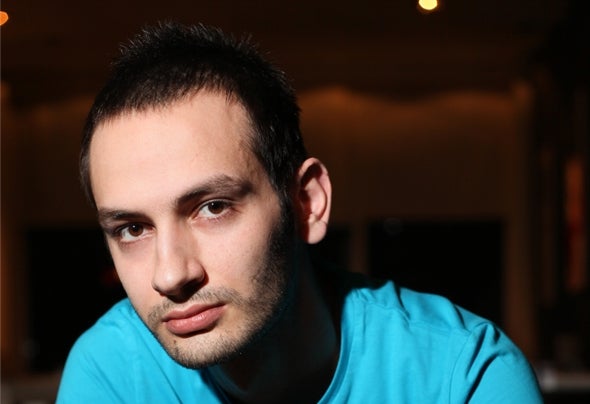 Modaal is one of Albania's finest DJs and producers. As a lover of music and as a Dj he continues to chase down the freshest beats around, allowing him to play on many national and international well known clubs'. As a producer he has recent ly reached t he international scene elite with his productions on highly respected labels such as Cr2 Records,UK, Spinnin' Records, NL, Starlight Records, IT, Urbana Records, ES, Bitten Records, NL, and gaining interest and support from top international artists such as Tocadisco, David Penn, 2000 and one, Syke n'Sugarstarr, M.Y.N.C., Mark Brown, and David Jones just to name a few... 2010, was a blast for Modaal, his track alongside his partner Adam Reeves 'MOOMBAH' released in july on Urbana Records flooded Traxsource's top 100, entering the top 10 ,standing for 3 weeks and making it one of ibiza's favourite tracks of the summer.At December of the same year came the key he waited for very long, the one that really brought him in anot her level. His t rack 'JUST KILLIN IT' t oget her wit h a smashing remix from David Jones took over control Beat port 's t op100 chart . The t rack t ook only 2 days to go directly to the top 10 most selled house tracks and standing there for 2 months. There could be a very few people who did not notice the 'Just Killin it' storm since the track was played on most of the best radios and clubs around the four corners of the world. 2011, also made an impressive impact on the international charts. His track with Arbre Blass 'RAW HEAT' included in Cr2's MIAMI 2011 Album came up as one the best of the whole album, one more time entering Beatport's top 100, buzz Charts and being played out loud in the best of Miami's Winter Music Conference parties. Future collaborations releasing soon with Mari F, Andy Gramm.