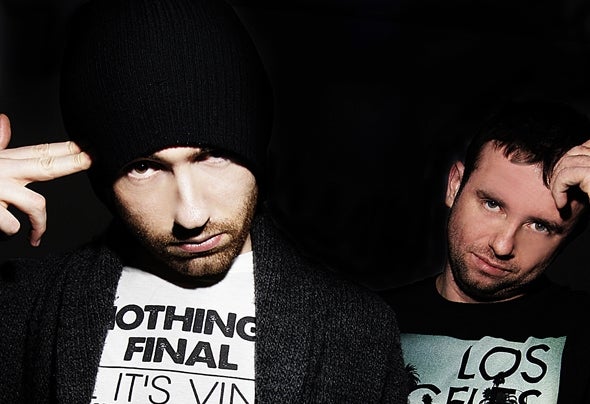 Sometimes life has an irrevocable way of bringing you face-to-face with a stranger who will change the course of your life. In February 2002, that happened to Serotonin Thieves, or more specifically Scott Smith and Ryan Cummings. Scott was born in Dundee, Scotland and grew up in the rural countryside, surrounded by fields and not much else. Ryan spent his formative years in the cultural wasteland of Basildon, Essex, most famous for Depeche Mode, who quickly abandoned it. The pair met by chance whilst in the Caribbean in 2002 and immediately bonded over a shared passion for their beloved record collections, quickly beginning early experiments into crafting a sound, frequently staying up all night mixing vinyl on each other’s living room floors. After both relocating to London in 2003, they spent a number of years on London’s party scene and clocked up many studio hours honing their sound, initially hiring recording suites, then going DIY with laptops and cobbled together analogue gear. Their early output however, remained largely under the radar. Skip forward to 2007 and celebrated Radio 1 DJ Pete Tong picks one of their tracks for his ‘Fast Trax’ show. After much work and hard graft, they began outings on labels such as Natura Viva, Emotive Sounds, Pete Tong's Bedroom Bedlam, Bamboo Music and many others. Finding their sound with organic percussion, warm analogue sub bass & other sonic surprises, stirred into a hypnotic, sometimes ethereal tech house vibe, whilst using ingredients from techno and electronica. Their productions began catching the attention of some of dance music’s most revered DJ’s such as Richie Hawtin, Loco Dice and Marco Carola. By 2010, the duo began sketching plans for a platform to promote visionary producers. In January 2011, after a year in the making, the duo launched Serotonin Digital. It didn’t take long before they began releasing standout productions by some of the most forward thinking artists such as: David Herrero, Wade, Jaceo, Miguel Bastida, Tripmastaz, Mario Ochoa, Groovebox, Juanmy.R, My Digital Enemy, Kyle Watson, alongside some of the hottest new production talent. With their releases now charting highly on download stores such as Beatport, Serotonin Thieves sound found it’s way onto the airwaves of stations such as Radio 1, with radio play coming in from a cross section of DJ’s, from Stephan Bodzin to Claude Von Stroke. As the demand for Serotonin Thieves sound has mounted, so have the inevitable requests to DJ at the best clubs across the globe. From gigs at seminal London clubs, to elaborate nights in Berlin, Ibiza & Miami, increasing numbers have found themselves under their hypnotic spell. Perhaps the duo explain their sound best, “Our music aims to exit the stresses of life. It's a call to the masses to leave their existence behind. It's about the classic drama of tension & release. It's time to forget everything you have held as reality. The beat will obscure it. Our sound is that of a celebration. Movement. We imagine the World moving to one beat. This is where we exist. Our music aspires to capture moments like these.”