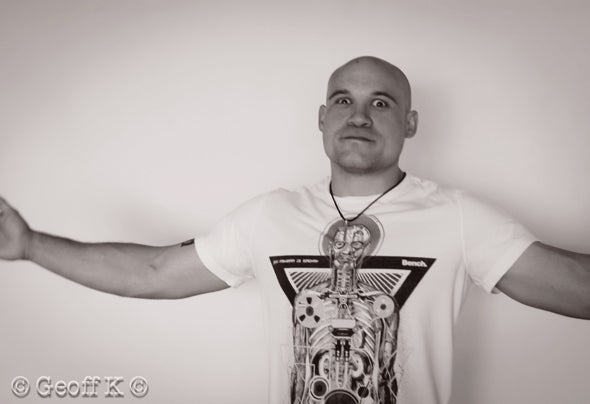 When Geoff K started his odyssey into this amazing industry that we all love and need(The Music Industry), he was not your typical teenager. When his peers were at home worrying about their homework, he was out experiencing Life and the Dance Culture.He was a regular at events like Ice and Gatecrasher, as well as at Truth, which has firmly established itself as South Africa 's Leader in Underground Dance Music. His favourite song back in the day was Green Velvets “ La La Land” and can often be heard saying “There's something about those pills, those thrills, those chills...”Not only has Geoff had a constant passion for music, but has also made sure he has the theory behind it all. With a Diploma in Sound Engineering as well as multiple Certificates in Pro tools and a Gold Certificate in DJ Fundamentals, he has pretty solid grounding.What started as a hobby, DJ'ing at house parties and making mix CD's, has bloomed into his passion that is production. He started off producing on Cubase and Wavelab, and is currently running a Pro tools system from his property in the South of Johannesburg, where he has built a fully functional and well equipped studio. Since the beginning of 2007 he has signed an assortment of tracks to both South African and International labels.His influences range from Tiesto, Ferry Corsten and Fatboy Slim to Style of Eye, Switch and Greenskeepers. Geoff K is a young producer with only one way to go. His future is so bright and his sound so fresh...Written by Natasha Grudko