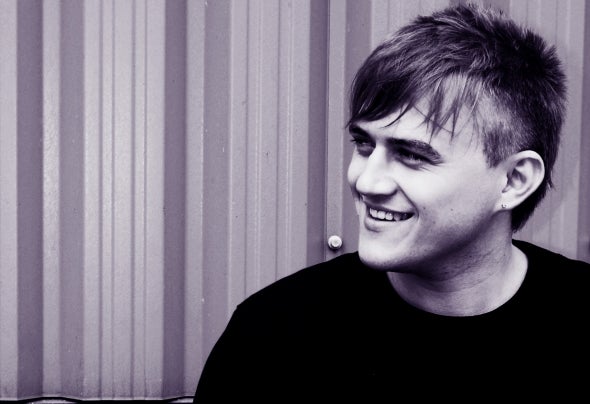 Slavik K has been helping crowds shake their ‘groove thing’ since 2006. His passion for music was evident from a very young age, and as he matured, so did his taste in music. His love for electronic experimental sounds grew stronger and stronger as he was exposed to the clubbing scene, ultimately influencing him to be ‘that guy’ behind the decks. He started his DJing career by practicing at home, then, like many others, he built up the courage to perform at private functions. As his confidence grew at performing in front of crowds, he took his passion to the next level. His blazing dedication to music production, enjoyment behind the decks and innate musical ear are a force to be reckoned with. These are just a few reasons why Slavik K is ‘on track and in-sync’ to fulfilling his aim as becoming an established sound engineer and music performer. Now based in London, Slavik is becoming a qualified professional sound engineer. Showing the deep interest in wide range of musical genres mainly experimental underground electronic and indie led to his own distinctive sound. This is evident in his productions and can be classified under the ever- growing obscure movement. Slavik K is not only a true entertainer behind the decks he is also one of the most genuine and hard-working artists in the industry behind closed doors. Surrounded by plenty of fresh talent and big labels in the capital of music has helped to keep him inspired on a daily basis. 2011 was a successful year for Slavik K. A number of releases in UK, Brazil, Portugal and Spain, including EP’s, remixes and various compilations on following record labels: ‘Cubic’, ‘Moxi’, ‘New Era’, ‘Progress’, 'Insert Coin', 'Serotonin Digital', 'Bralli', 'Kulture Room' and ‘Eltronic Fusion’ and TronicB7’. Friendly support from Roger Sanchez, Cubism, Undertechnical, Basswalk and many more and acknowledgement from famous, ‘DJ Mag’, has also given Slavik K yet more encouragement. Evidently 2012 is going to be even more exciting and productive. Several appealing projects in the pipeline are definitely something to look forward to for the artist as well as the listeners.