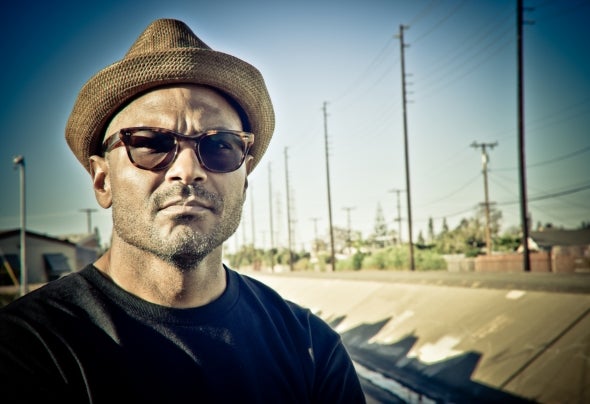 Legendary for his role in the birth of the electronic music scene in the Baltimore / Washington DC area, Charles Feelgood has built a reputation as a DJ in the international dance community through his ingenious remix skills and a dynamic brand of funky disco, electro, techno and hard house. Cultivating a fascination with music since childhood, Charles grew up listening to Motown, disco and funk, genres that heavily influenced his personal style as an artist. "I used to stay up late listening to my dad play records and decided that was what I wanted to do," says Feelgood. His first foray into the world of dance music was in the 80s, throwing small scale parties under the name" House of Fields". From Depeche Mode to Aretha Franklin dance mixes - the music was very eclectic at the parties and you can hear that range of genres in Charles's sets today. An Integral part of the Baltimore/DC scene, Charles if often credited with helping put the scene on the house music map. In 1992 he joined forces with fellow DJ Scott Henry to launch Fever, a club event that introduced the sounds of electronic music to his hometown. The first event of its kind in that region, the night exploded in popularity almost immediately, attracting upwards of 2,500 people. Featuring such top-notch, internationally renowned talent as Paul Van Dyk and Carl Cox, the biweekly event ran through May 2001. Maintaining a seven-year residency at Fever helped springboard Feelgood's danceable brand of bangin' hard house to widespread exposure across the East Coast. His popularity quickly bloomed thanks in part to his legendary series of mixed tapes, "Time to Get Ill." He soon developed a club-heavy touring schedule that regularly took him to famed clubs such as Avaland, Spundae, Shampoo, and Cro Bar, along with numerous other venues on the West Coast, Canada, Europe, Asia and South America. In 1993, Feelgood launced his own label, Charm City Recordings, to create an outlet for his original material. His releases on the label found moderate success and ultimately, launching his own label proved to be a crucial stepping stone for exposing his material to more famous imprints. Charles is busy in the studio again working on new releases for his newest imprint Supa Cutz, which will be launched in early 2009. The label will focus on house with a "ghetto retro" feel-so be on the lookout for tracks in your local record stores and Beatport.com soon. Charles Also has several releases on Beatport.com the newest being released on Dj Dan's imprint In-Stereo. Charles also has a remix of Billie Holiday's "All Of Me" on the Billie Holliday remixed and Reimagined Cd, along with such artists as Tony Humphries and DJ Logic. Look out for Charles's first major label release of 2008 - Ashlee Simpson's "Outta My Head". In 2001 Charles opened a bar/lounge in Baltimore called Shortys where local djs spin 7 nights a week." I wanted to have a spot where local djs could get a start and be heard. I remember how hard it was to get started so I just wanted to open a place where the up and coming could play". We are now moving into 2009 and Shortys is still serving the novice dj and listener alike! Constantly in demand all over the world for his ability to light up dance floors with his sets of funk, acid and electro drenched house, Feelgood has received numerous accolades in his fifteen-year career. These include being named Baltimore's Best DJ several years, and being included in Dj magazines top 100 Djs several years running. Playing gigs from as far away as Russia for the Audi Car Company to working the crowd at 2007's Cochella Festival - Charles will be busy behind the decks for the rest of the 2009 year! Feelgood notes "I definitely try and take the listeners on a musical journey - I like to start out slow and funky and push for a harder ending, a continuous rise." "I'm far from a purist," he adds. "I incorporate many styles into a single set. I play everything from disco-influenced house to acapella tracks and tech house, and I especially love bootlegs and electro influenced tracks". The consummated dance floor rocker, Feelgood sums up his musical mission in one sentence: "I just want to do what the name implies, to make people have a good time and go home with a great feeling."