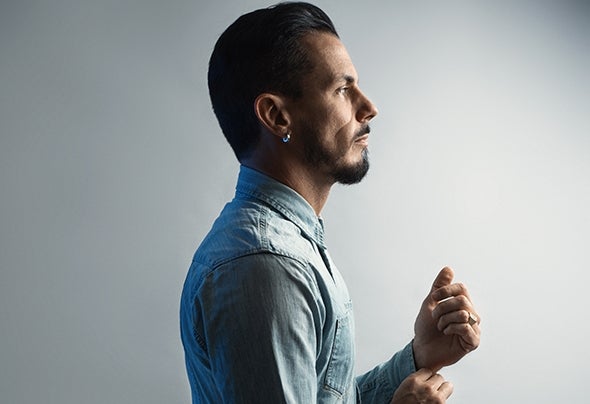 It was only 13 years ago he became the Vice French Champion in 2000. Since then, he has risen up the ranks and showed the World his unique skill set by becoming a 2 times DMC Championship finalist. DJ GETDOWN is a living icon amongst French DJ’s, and his virtuous sets continue to blaze dance floors around the World.DJ GETDOWN began his career in the hip hop culture and quickly diversified his style. This style quickly produced hundreds of remixes and mashups. His house electro pieces are now spun by the most influential DJs in the game (Chuckie, Guetta...)DJ GETDOWN’s reputation quickly expanded beyond France. It was only a matter of time the World started knocking on his door. In 2009, he reached a milestone as he displayed his mixing skills in front of 60,000 people with David Guetta and Martin Solveig. DJ GETDOWN's ability to move crowds earned him residencies at the most prestigious clubs across Europe, Asia, and the USA (Pacha NYC, Amnesia France..)DJ GETDOWN is not just your ordinary DJ. He loves to share his passion. He’s a teacher at the biggest dj school in France. in 2010, he’s been featured on the first page of the wall street journal, filmed by the European DJ show, and chronicled in Sono Magazine. in 2011 he became resident dj at Amnesia Miami and Rose Bar Casablanca. In 2012, He is still sponsored by Pioneer and UDG during Music conferences across the globe. He's one of the best remixer on Crooklyn Clan Website. And he officially remix a lot of big tracks like Cobra Starship, Gregory Klosman...FINALLY, HIS ACTIVITY CAN BE SUM UP BY FEW WORDS, MIX, MIX AND MIX AGAIN