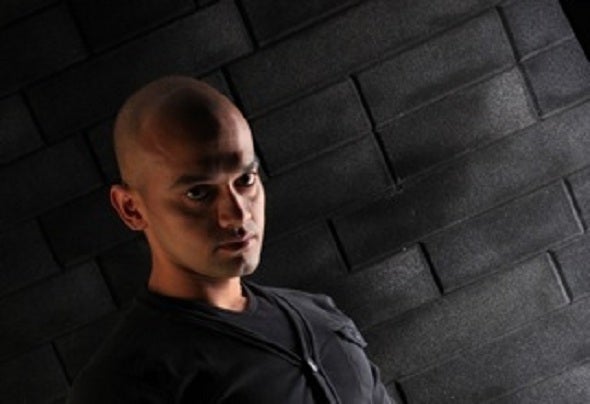 Dj/Producer Marvel Child. Born and raised on the sunny east coast of the land of the pharaohs. He has detected his love of house music late in the 90’s. At that time he was a huge fan of the classic house tunes. Inspiration came from some great house classic DJ’s and producers like Little Louis Vega, Jay Dee, Kenny Dope Gonzales, David Morales and Masters At Work to name a few. As the journey of a thousand miles begins with a single step, he has decided to take playing records at home for his pleasure to another level: Spinning music at the club t o ent ert ain people.He has started in some small local clubs in town. Showing a great passion for mixing music behind the wheel of steel got some attentions. His motivation, inspiration and the love of music made him want to prove that he deserved to stand behind those wheels to impress. Determination made that after a while he got his biggest chance by being a resident DJ in one of the most famous clubs in Hurghada in that time. There he has developed his skills and enhanced his feeling for the music. He has got the opportunity to play side by side with known DJ’s who have big names in the club scene. After that another massive step has been taken, a weekly residency in Ministry Of Sound. Playing a side with national and international DJ’s like Sonique, Bodyrox, Mark Hughes plus a massive crowd reaction has helped him professionalizing his performance. And the journey has continued, He has got a weekly based Ministry Of Sound event at club Pacha, rocking the dance floor side by side with international DJ’s.But this was not enough! It is never enough for someone who always looking for new experiences and seeking knowledge. He moved to the Netherlands to find and discover. After a while rocking the dance floors across Holland, Denmark, Germany he decidest o t ake his career as a DJ t o anot her level, producing his own music, appearing on labels such as Sorcery Records, Electro Superstar, Hero in My Head, LW Records and much more. Fort unat ely t he journey of a thousand miles has not and will never ends as he keeps spinning, making, and loving music. Watch him.