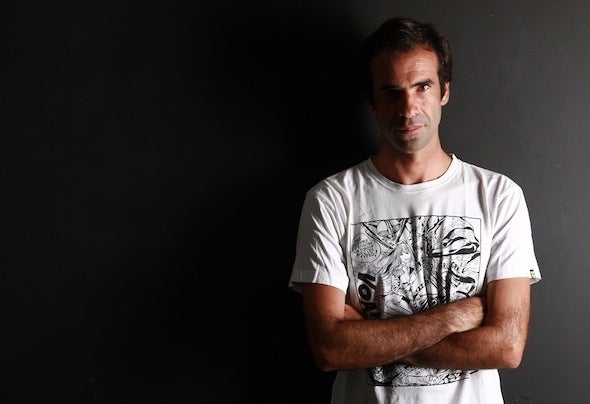 With a worldwide dj career, a showcase of four Danceclub Magazine awards, an internationally renowned label group and a smooth personality, Dj Pena is one of the leading portuguese progressive djs in the world.Pena is a musical lover. Open-minded but demanding, mixes intense and hypnotic sound atmospheres with invigorating and pumping beat explorations, taking elements across the spectrum of electronic dance music, from progressive to tech house, techno to neo trance, filtering them through an eclectic spiral emotion..In 1996 the Psychedelic scene was just starting in Portugal when Pena decided to change the laws for decks. Instead of following a lawyer’s career he devoted himself, totally and exclusively, to music.He started as a DJ, but soon after, in 2000, founded Flow Records. This platform allowed him to invest on his own musical line, deep, steadfast and profound stories with surprisingly voluptuous and stimulating melodies. The label gave him a chance to interpret, even further, his groovy road of thinking and allowed him to travel continually all over the globe.From 2000 to 2004 all his dedication was distinguished by four prizes as Best Trance DJ at annual Dance Club Awards, organized by Dance Club Magazine, the only and respectful Portuguese Electronic Music Magazine.In 2006, has created Flow Vinyl for a housier, prog tech approach, setting pace on what he plays nowadays, having his releases been supported by the top jocks.2009 sees the start of Wolf Music, a new tech house, house, clubby sublabel where he acts as an A&R.Apart from that, he continues his strive for top class open minded parties in his motherland, leading to the start of the renowned Flow Deluxe parties, blending progressive house, progressive trance and techno, inviting talents to Portugal like Audiojack, Extrawelt, Guy J, Minilogue, Monaque, Psycatron, Okain, Ramon Tapia, Mashtronic, Luke Dzierzek, Antix(Fiord), Jerome Isma-Ae, Ticon, to name a few...What more to say of this influential and foremost pillar of world’s electronic music stage?! One thing we are sure, he will always keep the vibe flowing with punchy distinctiveness!