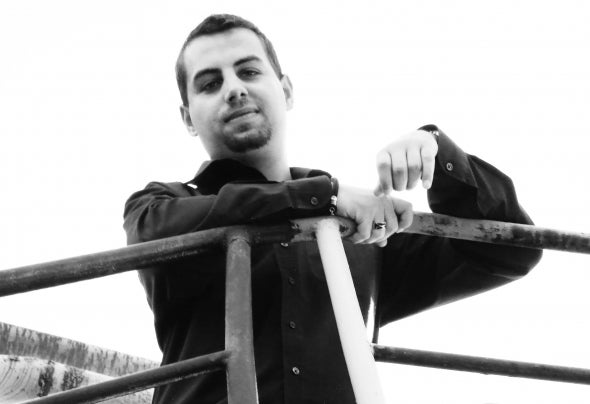 To date, Reelaux has produced tracks for several labels including Armin Van Buuren's Armada Music, Chris Fortier’s Fade Records, Baroque Records, the Swedish Inkfish and many more. But now his own label 'REELAUX DIGITAL' is coming so if you are a fan of hi-quality electronic music, check it out! Retrospective: The story starts back in 2004 with ZRG - a Budapest based Dj/Composer/Producer. His first ever release, 'Message of the Unknown' was included in a Hungarian compilation called 'True Sound of FreeE 5'. In the same year ZRG started DJ’ing at Club Play near Budapest and a few months later was offered the Dj Residency for a Technoparty Series called ’TechTime’. It was a huge success and also hosted guest Dj’s like Eric Sneo, Marco Nastic, Pet Duo, Diana D'Rouz, DJ Misjah, Collins & Behnam and a lot more. So ZRG became known for uplifting techno beats. At the same time, four of his tacks were selected for inclusion on the 'Hungarian Techno Only' Vol.1, Vol.2 compilation CD’s along with other top Producers from Hungary. The ’Theme for TechTime’ (co-produced by Steve Brick), was one of the four tracks selected and people went crazy for it so the guys shot a music video which was aired on VIVA TV. By 2005 the TechTime party became a well known event and ZRG was given the oppurtunity to play his grooves in other popular Techno-Clubs in Budapest such as Kashmir Underground and Supersonic. This project became known as the ’TechTime Tour’. In 2006 ’TechTime’ had run its course and ZRG now had more time to focus on his other projects. During this time he composed two tracks 'Wanna Be' for the first EP release for a great English Pop-House singer, D'andre Michael Jnr as well as the second single titled 'DJ'. Time passed and ZRG contniued with the Techno grooves and in 2007 the Italian label Nuhar Records relased his first International EP 'Inferno'. The track gained enormous support and chartpositions all around the world including Canada's Nocturnal Magazine, Weekly Chart 14/50. The Nuhar boys invited ZRG to DJ a special show at Nuhar Club in Genova. In the same year ZRG teamed up with his friend Paris based Composer/Producer Yann Cortella and together formed 'Djeecians' composing the track 'Feel it Bump' for Portugeuse Label Sub Scooping Music. At the close of 2008 ZRG was voted among the ’Most Wanted of The Best of Global Beat Poll’ along side the likes of Marco Bailey, Samuel L Session, Axel Karakasis, Marcel Woods, Mike Koglin, and Pedro Delgardo.No doubt this was a successful period of his career. But ZRG felt the need for change, not only in the type of tracks he played, but in the whole musical world that surrounded him.At the dawn of 2009 he decided to re-invent and ’Reelaux’ was born as the new Alias to express his love for House Music. And ZRG would still deal with the Techno stuff.In the Summer of 2009 Reelaux was invited to the island of Corfu in Greece to do a show as Guest DJ at IQ-Bar, one of Corfu’s top bars and known to lovers of Club Music. While there, he wrote ’Halfway to Sidari’ as a tribute to ’Sidari’, a beautilful location. This track climbed to 21st place on Beatport’s Proghouse Chart. The Aeron Aether remix of his track 'How will I' (feat. Mary L) reached the Beatport breaks chart (34th place). Today there is no need to manage the Aliases of both ZRG and Reealux. Reelaux is producing tracks in a a vast range of styles under one Artist name. And that name is Reelaux.