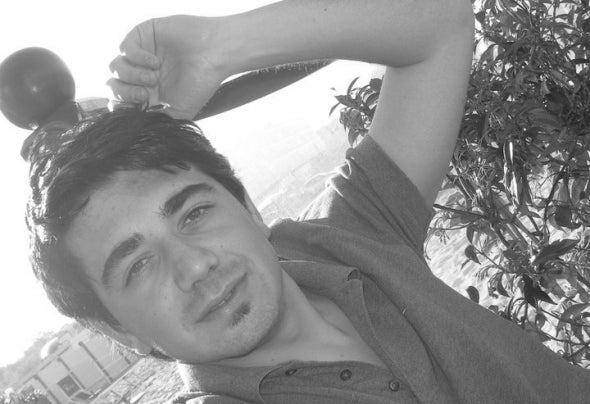 Freddy Parisi was born in a music lovers’ family, living from his earliest years the contact with music, most of all thanks to his two elder brothers, respectively radio speaker and vocalist.The first true moment of meeting and adherence to the music took place listening to some drums’ sounds, that had the power to make him very curious and affect him deeply.The sound, the rhytm, the energy he founds in this way bring him to play the wonderful instrument in question for about ten years. This activity guides his natural bent for percussions, but obviously it doesn’t decrease his curiosity, or rather, his inexhaustible interest in every kind of music.Nearly like a play and very soon, he started the carrier of vocalist, probably in his brothers’ footsteps, involving the joint work with some Italian clubs, literally at various latitudes, and developing a definitely personal style, free from theatrical and exhibitionist excesses but, at the same time, sweeping and unmist akable.From his first steps in this world, he started to share this passion with that we can call his artistic family, t hat is dj and producers he met and who wit h applied himself on some musical projects, beginning from the first half of 2007.But in a very short time the moment arrives in which he has to give space to his own creative energies, making his self absolutely independent and getting t he at t ent ion and t he appreciat ion of people excit ed by the same fervour.It’s probably impossible to give a kind’s label to what takes life first of all from his not common sense of rhytm and then from a sounds’ taste, formed by years of listening and, in virtue of this, able to combine in a totally fresh way these sonorities of many colours and kinds.A marked tendency of his creations is surely the natural aptitude to compose something of complete and incisive, so capable to suggest an atmosphere, trying to persuade and involve, if not sweep away, who listen to them.