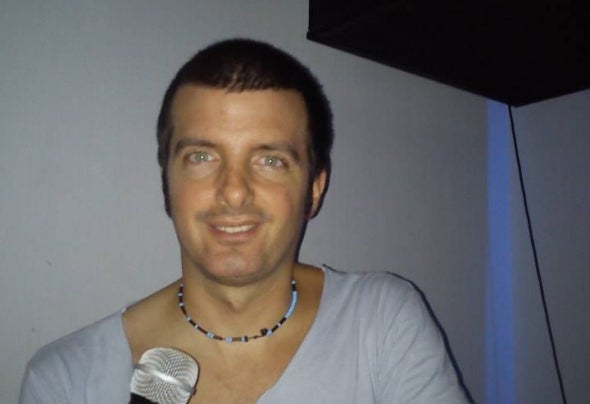 Adam was born in Milan in 1978 and for more than 15 years he's been involved in all kinds of electronic tendencies. He debuted as vocalist at the Astoria Club in Milan (Italy) in April 2004, followed a few months later by some prestigiousclubs located in the City Center, including La Banque and Bassmati.After having lent his voice to a couple of discoteques in Rome (La Maison, The Loft), he continued to collaborate with various artists on the Milan scene (2005- 2006).In 2006, the big leap to Barcelona. After 2 years of preparation, in 2008 he began working sporadically with local DJs at several parties. However, this period gained in importance as it constituted an embrional state of the soon- to-be-born Hypnotika Events. In 2010, the turning point came through a network of contacts managed by Marta Reviejo, Public Relations Manager of several local clubs, thanks to which he could found the group called MINIMAL CRIMINALS, along with the Italian duo of DJs known as Tikitak. Most memorable were sessions at Electric Bar, El Setial, Sentidos, Ramat and the annual participation at one of the largest events in Barcelona, on San Juan’s night (23rd - 24th June) at the Chiringuito Inercia.In July 2011, he separated from Minimal Criminals and retrieved the old name of his very first project called Hypnotika. In this period, he strenghtened a productive collaboration with Djs like Valerone, Knightbots, Mario Spit, Manuel Grandi, Alpheratz and Dany Masterpiece. In January 2012 he moved to Madrid, where he faced significant challenges and where cooperation with new artists like Jane Fox, Cristina Morales, Selbacha, Alberto Muñoz, NachoZ amora. Sala Taboo and Moe Club have been the early stages of this new adventure, which takes new form from January 2013: Hypnotika's project is expected to be launched on the International Market. Moreover, in December 2012, a track produced by Manuel Grandi has been recorded with his voice on and soon will be released in a Deep House Compilation, published by the Italian label Traxacid.Adam attended the WMC 2013 in Miami. He also spent the whole summer 2013 in Ibiza where he performed at the Hotel Es Vive, Ocean Drive (resident on Fridays) and the Boat Ibiza Party, where he had the chance to express himself with important DJs from Madrid, of the caliber of Erick Navas, Alvaro Medina y Cristian Varela.His vocal style is based on the fusion of such skills as improvisation, theatrical recitation, presentation on stage and singing.