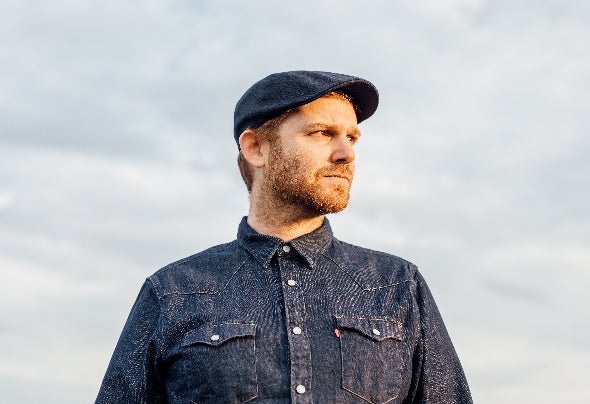 Blending elements of house, techno and progressive house, pulled together with a dash of Balearic flavour.” - Resident Advisor // Steve Mill has long established himself in the underground house scene; relentlessly producing and remixing, he’s released on world renowned labels including Urban Torque, Large Music, Global Underground, Elevation, Plastic City, Mood Music, Balance and most notably Kerri Chandler’s Madhouse Records.Inspired by the beauty and history of his homeland, Steve has used his Greek roots as a source of creativity, drawing from its culture to provide engaging melodies through his productions, which have been praised and played by a wide range of reputable DJs such as John Digweed, Hernan Cattaneo, Ben Watt, T he Timewriter and Laurent Garnier.Born in Thessaloniki, but now living in London, Steve grew up listening to the local radio from which he gained an early interest for music.Although his family had no connections with the music world, he nonetheless defined a particular taste in electronic music at the age of 15. With pillars such as Armand Van Helden, Daft Punk and David Morales, he set out to learn the tricks of turntablism and gained many local residencies.Developing his knowledge of music through DJing, Steve’s interests eventually evolved into experimenting with sounds at the age of 17. Over the following years he honed his production skills, making music that diverged between deep house, techno and progressive beats. Having established himself as an artist in his local music scene, Steve moved to the UK during his mid-twenties to expand his career in London’s vibrant underground house community.Steve started working closely with London-based label Urban Torque, and following a handful of well-received EPs on the imprint, he released his debut LP 'Higher State Impressions' in 2011. From here, he built a solid relationship with leading house music specialist, Kerri Chandler’s Madhouse Records.After his debut release on the label, Steve returned with a hefty remix package for his standout track ‘You Really Know’, with reworks from Citizen and Supernova. In 2012 Steve played his first Boiler Room TV session for a Madhouse Records takeover in London alongside Kerri Chandler, Phil Asher, and Citizen. 2013 has seen Steve return to the Madhouse family with the huge single ‘Nobody’ featuring the vocals of London based artist Keisher Downie. Continuing in fine-form, he then followed this up with his ‘Upside Down’ single on Muak Music, and most recently with his dynamic and bold ‘Fizzy’ EP on Large Music, which picked up support from the likes of Kyodai, Giom, Tony Rodriguez, and Moodtrap. He continually plays at various venues across London including Basing House, Rhythm Factory, and The Vibe Bar.Looking onwards, 2014 is set to be a big year for Steve, kicking things off by providing the second instalment in the Burnt Deep mix compilation series, set to arrive in February. He’s also preparing another two EPs, for both Large Music and Madhouse.