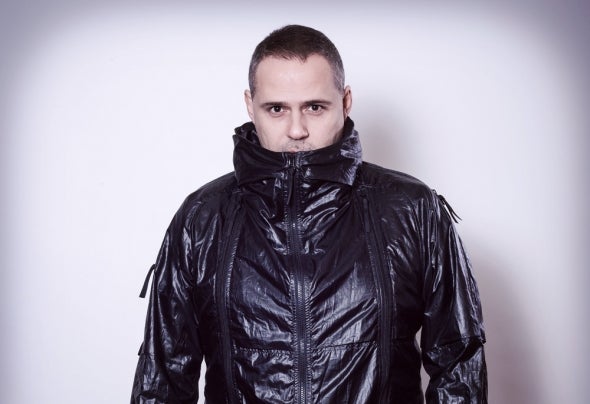 Curiosity constantly leads us down new paths. That is especially true of Italian DJ, producer and label owner Marzio Aricò, otherwise known as Prudo, whose eagerness to follow fresh ideas and adopt new approaches has taken him on a long and varied musical journey. His inquisitive and forward thinking nature has seeded his success within numerous projects over his lengthy career. Never one to rest on past achievements, Prudo is always looking to stride on and push the envelope for electronic music. Prudo’s biggest connection has always been tied to the dancefloor. A music producer who understands the environment in which his tracks will thrive, plus one who evolves and adapts to it, Prudo has been well respected and in high demand for over a decade already. Whether behind the studio desk or working away in the DJ booth, Prudo possesses the innate understanding of the crowd and the boundary pushing desire that enables him to truly connect with his audience. Fusing elements of tech-house, deep Chicago house and electronica into a palette of highly evolved dance music, Prudo has earned his reputation as a scene stalwart. After producing a debut album for DRM, the three man collective he was part of, Prudo stretched his wings a solo artist with a clutch of releases for the likes of Music For Freaks, Wash House, PIAS, Tenax and Dirt Crew Recordings. Then in 2006, he formed Alfa Romero alongside Francesco Parra, AKA Eclat. The duo enjoyed critical acclaim with releases on labels such as Mood Music, Thugfucker, Minisketch, Dirt Crew Rec, Morris Audio, Titbit, Freak'n'Chic, Lo-Fi Stereo, Sleazetech, Superfreq Rec and Dubfire's Sci+Tec imprint. Since 2011, Alfa Romero has been made up of Prudo and up and coming producer Lorenzo Bartoletti. The pair are launching a brand new label of the same name together for the start of 2013 as they look to spread the legacy of Alfa Romero further with a brand new chapter. Not just your average music maker, Prudo has also been behind the development of the innovative music production software called MAAGO, a project that he has designed and worked on himself. Add this to the fact he has also previously collaborated with the reggae and dub producer Dennis Bovell and Jamaican writer and poet Jean Binta Breeze for an album of electronic dub-poetry and you get the clear impression of an artist who goes well beyond the realms of your archetypal DJ / producer. Full of passion, drive and creativity, Prudo can see no limits!!