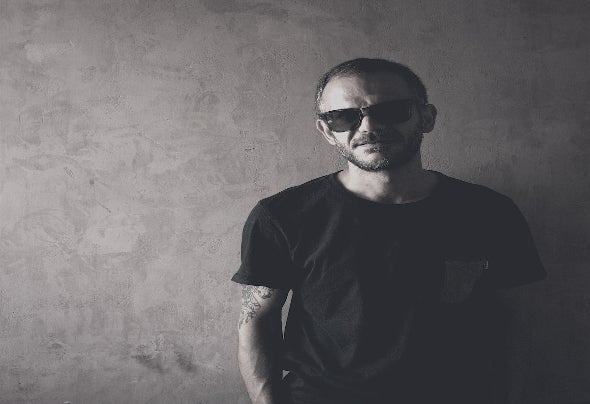 Jem Stavros Bio: Jem Stavros starting djing at the age of 23 in 2003 at the Crete, GR. He started collecting vinyls and he made a huge collection of unique vinyls. At the year of 2006 he started making his own music. After a great summer, the following winter he moved in the UK at the city of Brighton. For the next 3 years he had appearances at several clubs there such as ''Coalition'' after hour club , ''H Bar'' , ''Madame Geisha'' and his residency every second week at ''Cube Bar'' Brighton. The summer of 2011 he performed and make the closing DJ set at the ''Localive Dance Fest'' at Plakias Rethimnon set in front of 1500+ crowd. Years had past and at 2015 were ''Communicate'' parties that came along at the club ''HERLIN Project Space'', Heraklion at his every month residency there which was the most successful night at the island of Crete and the March of 2015 he was gigin along with ''Deborha De Luca'' at one of the most amazing night at that year. In 2018 he shared the decks once more with ‘’Nick Varon’’ at ‘’Soho nights-Heraklion’’ and the night was one to remember as well. 2020 past, coronavirus made the Earth stood still, but Jem made his mark at the Melodic House & Techno gerne with his Single EP, ''Jem -Naked & Dublove'' @ On recordings Italy, which came first in December's Beatport chart amongst great DJs such as Moby, Kaa:st. Patric Baumel, Rodriguez Jr. etc..... 2021 is here now and Jem is about to stay at the top. Facebook Fan Page : https://www.facebook.com/JemStavrosCreteGR