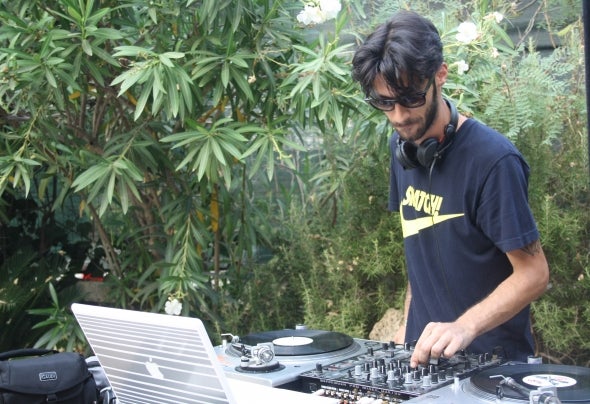 Obtaining some belt-drive turntables at the end of the nineties is a thing that changes you life. Influenced by the late 80ies'House music and by the Disco of the 70ies. Rickie Snice starts to push the first buttons on the console, finding himself deeply tied up to Hip-Hop and to Black Music in general, till coming upon t o t he 4/4 kick, which becomes his credo.He explodes in the summertime of 2009 securing himself a space in all the relevant local line-ups, publishing "Urban Jump" for the local Killa Tunes and inflaming hearts opening the Mad in Sicily Festival. He cranks out daily remixes and makes noise, as to arrive to the Mustard Pimp, who put one of his remixes in their last work. And his "so rumbling" sound arrives up to Milan where, guest of the Rocket, puts everyone KO at the Knock Out Party!Rickie's remixing style makes him won the contest for the remix of "Mininova" by Frenk Agrario & Funkabit on Mozzarella Recordings, which opens the doors to him for his subsequent release of "Miami Snice", again on the same label. But Rickie doesn't stops here and produce "Make Disco" on Hello Shitty Rec., receiving good reviews on "Wicked Style" and "DJ MAG".His sound finally reaches London where, thanks to his friend and co-producer Miky J, he puts his hands on Joy's voice remixing "Rockstarr For The Night", a release coming soon on Prolifica Records. And it's just from London that the new TWO DOTS project starts, born together with Miky, publishing an immediate release on 953 Recordings affiliate to Ministry of Sound Australia. And it's an instant BOOM of the duo!At the moment Rickie is working on his next project which will be released by the end of 2011 and the beginning on 2012.http://www.rickiesnice.altervista.org http://www.facebook.com/rickiesnice http://twitter.com/rickiesnice http://soundcloud.com/rickiesnice http://www.mixcloud.com/rickiesnice http://www.youtube.com/rickiesnice http://rickiesnice.tumblr.com/ http://www.myspace.com/rickiesnice http://audiorokit.co.uk/rickie-snice