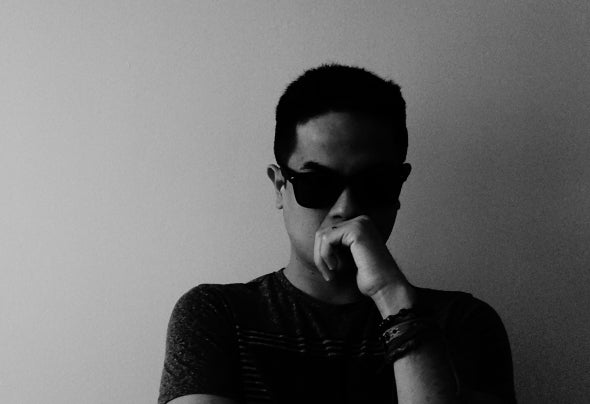 Manila-born, London-based House & Techno DJ/Producer.Co-founder of Frequency Manila... Ryan Pamatmat, from Manila in The Philippines started out as a young musician before being sucked into the underground dance scene which provided him with the inspiration that has brought him to where he is today, an accomplished DJ, Producer and now even making ways into perfecting his own live set. His true love for Deep House and Techno gave him the opportunity to play, not only in Manila but across the country making him one of the most respected underground House and Techno DJs in the Philippines. In 2009, Ryan decided to explore new horizons and found himself on a one-way ticket to London where he now lives. He immediately fell in love with the London underground dance scene. Being around that scene now for almost half a decade, Ryan has been able to land regular gigs around the city starting with the infamous East London afterparties by London Insomnia, Sub Terrania and SceneChronic to name a few. T hen eventually working around club nights at London's Egg Club, Ministry of Sound, Pacha, Lightbox and more. For more than a decade of DJing, Ryan has played along side Secret Cinema, Uto Karem, Kruse & Nuernberg, Monika Kruse, Jon Rundell, Geddes, Jimmy Van M, Henry Saiz, Guy J and more. Being signed to labels such as System Recordings, Endemic Digital, Over Recordings and Celestial Recordings, Ryan’s productions have gained support from greats such as John Digweed, Luciano and Terry Francis to name a few and has had numerous radio plays and reviews across the globe. His debut release on Plastic City with Pav Parrotte entitled, "Jog On! EP" was one of the highlights of his career as a producer in 2013. Ryan's distinctive sound creates that dark room flavor infused with tribal beats and definitive drops whilst still delivering that soulful and deep vibe full of energy. With more tunes in the pipeline, Ryan will definitely be sticking around with one word in mind... MUSIC! "For me, It’s all about the music and how it makes you feel... That's what matters... Nothing else”