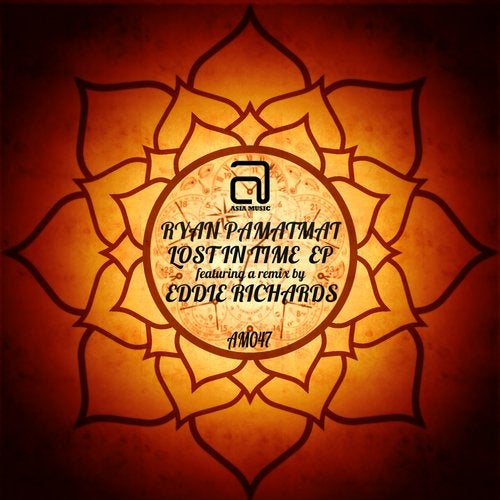 Asia Music delivers its 47th release featuring Manila-born and London-based artist, Ryan Pamatmat with his EP, Lost In Time featuring the title track along with After Five, as well as a remix by one of the founding fathers of UK Tech House, Eddie Richards.

1. Lost in Time (Original Mix)
Lost in Time commands your attention — all of it. The dancefloor-primed track is a strong reminder that the seasoned DJ/producer doesn't take energy lightly. Its thick bass lines juxtaposed with jolts of tech sounds are made to keep you moving. Little to no effort is required to catch its infectious beat. Its sharp crescendos and crunchy elements push you to the edge, as it builds up on something that's about to blow — then it does, and more is the only word that comes to mind. The EP's title track brings a massive dose of upbeat sound to the table, electrified without exaggeration. It's the kind of polyrhythmic seizure club-goers crave, and fortunately now have more of.

2. Lost in Time (Eddie Richards Remix)
There's no denying: Everything Eddie Richards touches turns into gold. His take on Ryan's floor filler takes on a masterclass of sharp hats, brave kicks, chunky basslines and whirling percussions — arguably everything you need for an audial delight. The house champion showcases his expertise on pace and pressure, with the occasional vocal stab to bring it altogether. Similar to the original, the remix keeps its energy to the brim. His rendition of Lost in Time keeps you marching with its muscular sound, all whilst echoing the Evil hardy tribal house and deep tech melody that's truly Eddie's own.

3. After Five (Original Mix)
Ryan concludes his release with After Five — a fitting homage to when you're just about ready to call it a night. It starts off and streams quickly with stabby hi-hats, heady bass smudges and meditative undertones. Its cut-up vocal comes at the right time, steadily bringing you back while pairing it with a deep house arc signature to the musician's style. Soon, its punches share the load with luscious dips, keeping it soulful and cruising. The track lays out a clean, crisp and freewheeling melody, reminiscent of his earlier work, Dada. After Five wastes no time delivering the groove — softly-gated, mesmerizing and an apt end to another promising EP.